Attempted Obamacare repeal gets headlines — but more may affect health 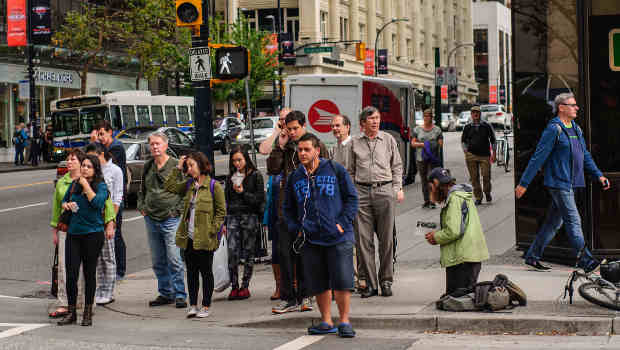 A special series in The Lancet debates U.S. health inequalities and inequities. Here’s how KPWHRI can help address them, Dr. Eric B. Larson writes

Health care reform is grabbing headlines again with Congressional battles over the Affordable Care Act. Amid the political clamor, though, let’s keep the bigger picture in mind: Many factors influence health in the United States. Obamacare is only one. Economic and social inequities have at least as much impact as national health policy does.

In 2016, I wrote about the lifespan gap — as much as 15 years — between the richest 1 percent of Americans and the poorest 1 percent. I know from my own field that income and education influence risk of Alzheimer’s disease and dementia. Access to health care has some impact on morbidity and mortality. But a special series in The Lancet reinforces that to gain better health for all Americans, we must address economic and social inequities.

The series comprises five articles that examine factors that influence U.S. health. One article, from Jacob Bor, Gregory H. Cohen, and Sandro Galea of Boston University, details the factors underlying the lifespan differences I wrote about. In addition to access to essential care, contributors are higher smoking, obesity, and substance abuse in lower-income groups. Social system factors may include low economic mobility and diminishing health care support that buffers people from out-of-pocket costs. An education gap has grown with the lifespan gap, many studies show.

Our health care system exaggerates economic and social inequities of people with lower incomes. For example:

In spite of these dire reports, we have reason for hope, in part because of attention to health at the community level. In announcing Dr. Bechara Choucair in December as Kaiser Permanente’s first chief community health officer, CEO Bernard Tyson said, “While we directly care for nearly 11 million Kaiser Permanente members, our commitment is to improve the health of the 60 million people within the areas we serve.”

Locally, our region recently launched the Group Health Community Foundation, an enduring legacy from Group Health. The Foundation has formed a board and is working on hiring a CEO and staff. The plan is to begin making awards in 2018.

To these efforts, KPWHRI is ready to contribute our skills in measurement, analysis, and creative thinking about how to improve health and care within and outside the health care system. The Bor et al. Lancet article suggests research that could direct policies to reduce disparities in survival and health. They include many areas in which KPWHRI has expertise, such as health services economics, mental health, chronic pain, geographical predictors of health, and evaluation of randomized trials, natural experiments, and community health programs.

Clearly, our country’s alarming health inequalities have developed over a long time. They will require sustained effort to correct. I applaud Bernard Tyson’s calls to action to improve the health of our communities. I believe that in times of great change — especially now, with upcoming national discussions about the budget and tax reform in addition to health policy — we have unique opportunities to make bold moves. At KPWHRI, we are ready to provide evidence on which to base wise decisions on policies and programs that directly and indirectly affect people’s health.