“As the public-interest research arm of Kaiser Permanente Washington's learning health care system and a member of major research consortia, KPWHRI is honored to contribute to local and national health care improvements.”

A general internist, Dr. Larson is a national leader in geriatrics, health services, and clinical research and has been an elected member of the National Academy of Medicine since 2007. He pursues an array of research, ranging from clinical interests such as Alzheimer’s disease and genomics to health services research involving technology assessment, cost-effectiveness analysis, learning health systems, and quality improvement. His research on aging includes a longstanding collaboration between Kaiser Permanente Washington and the University of Washington (UW) called the Adult Changes in Thought (ACT) study. Among ACT’s many groundbreaking findings:

With colleagues from Duke and  Harvard, Dr. Larson established and now helps lead the National Institutes of Health (NIH) Common Fund’s Health Care Systems Research Collaboratory. The Collaboratory sponsors pragmatic clinical trials and aims to improve the way clinical trials are conducted so that patients and care providers have access to the best available clinical evidence for decision-making. Dr. Larson is also the principal investigator for the Electronic Medical Records and Genomics (eMERGE) project at KPWHRI and the UW. The goal of eMERGE research is to better understand the genomic basis of disease to tailor medical care to individual patients based on their genomic differences.

Dr. Larson has written or co-authored more than a dozen books, including 2017’s Enlightened Aging: Building Resilience for Long, Active Life, which draws from his decades of work as a physician and the leader of the ACT study. He has also published more than 500 peer-reviewed scientific papers.

Until 2019, Dr. Larson maintained a small but longstanding internal medicine practice. He served as medical director for the UW Medical Center and associate dean for clinical affairs at its medical school from 1989 to 2002. He is a member and past president of the Society of General Internal Medicine (SGIM), having received their highest honor, the Robert J. Glaser Award, in 2004. Dr. Larson is also a master of the American College of Physicians (ACP) and served on its Board of Regents for nearly a decade, including one term as chair. He was a commissioner on The Joint Commission from 1999 to 2010. 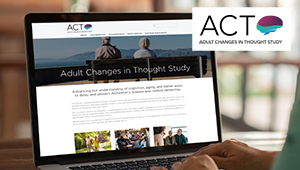 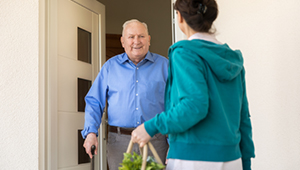 At any age — but especially later in life — adapting and seeking assistance when we need it can help through tough times. 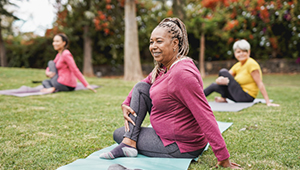 Lessons about aging from COVID-19

Eric Larson, MD, MPH, shares ways to reduce social isolation and loneliness, no matter the cause. 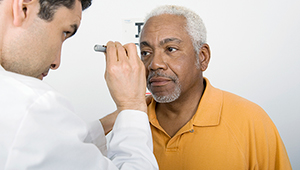 Cataract surgery may reduce the risk of dementia, study finds 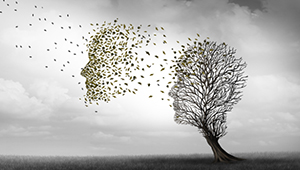 Research from the ACT Study, co-led by Eric Larson, MD, MPH, links cataract surgery to a lower risk of dementia.