“I study the benefits of vaccines and the impact that vaccination programs can have on protecting communities from infectious diseases. I aim to help people make informed decisions about immunizations for themselves and their children.”

Michael L. Jackson, PhD, MPH, focuses on understanding how infectious diseases spread, and on designing and evaluating interventions such as vaccination programs. Dr. Jackson is the Kaiser Permanente Washington Health Research Institute (KPWHRI) principal investigator for the United States Influenza Vaccine Effectiveness (US Flu VE) Network. Using information from five sites across the country, including Kaiser Permanente Washington, this network aims to provide ongoing evaluations of the U.S. influenza vaccination program. Dr. Jackson uses data from this network to study influenza vaccine effectiveness, to estimate the burden of disease caused by influenza, and to advance the methodology of vaccine effectiveness studies.

In addition, Dr. Jackson is using data collected by the US Flu VE Network to build a simulation model for the spread of influenza, with a specific focus on understanding when new strains of the influenza virus can out-compete existing strains. This work, funded by the National Institutes of Health, aims to improve our ability to correctly choose which strains of the influenza virus to include in seasonal influenza vaccines. He also uses simulation models to predict the impact of vaccination programs on the spread of infectious diseases such as Haemophilus influenzae type b (Hib) and Neisseria meningitidis.

Dr. Jackson is a co-investigator on the Vaccine Safety Datalink (VSD) Project. The VSD, a collaboration among nine U.S. managed care organizations and the Centers for Disease Control and Prevention (CDC), is the world’s premier system for post-licensure studies of vaccine safety. As a VSD co-investigator, Dr. Jackson leads studies of the safety of childhood immunizations and develops methods for using managed care data for vaccine safety studies.

While studying for his PhD at the University of Washington, Dr. Jackson was a graduate research associate with KPWHRI from 2002 to 2007, and then a postdoctoral fellow at KPWHRI from 2007 to 2008. He then spent two years as an Epidemic Intelligence Service (EIS) officer with the CDC in Atlanta. As an EIS officer, Dr. Jackson helped lead investigations of whooping cough outbreaks and of the 2009 influenza pandemic. He also designed and oversaw an enhanced surveillance system for invasive Hib disease in the U.S. during the 2008–2009 shortage of Hib vaccines. He returned to KPWHRI as an assistant investigator in 2010. He is an affiliate associate professor at the University of Washington School of Public Health. 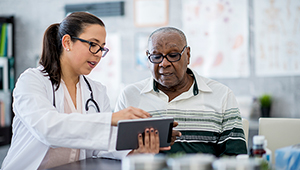 Can targeted flu vaccines lower the risk of hospitalization? 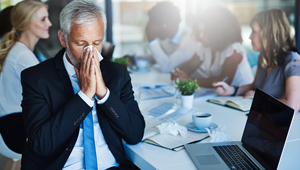 Read about it in Live Healthy.

Researchers developed a program identifying more than 2,500 patients who are most vulnerable to the flu.