Home > Our Research > Our Scientists > Eric B. Larson, MD, MPH > Notes from Eric

No magic bullet to prevent Alzheimer’s, but encouraging healthy behaviors could be key 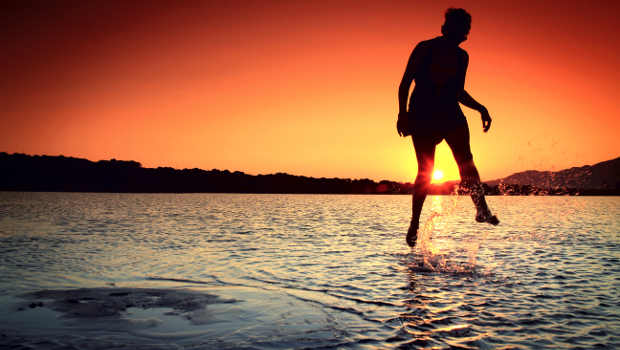 Science points to common steps we can take to postpone Alzheimer’s disease.

I’ve long been amazed by people’s attraction to the appeal of one-shot remedies for complex health problems, for even the most sophisticated thinkers. Consider Nobel laureate Linus Pauling, for example, who believed vitamin C could be a cure for many illnesses, including heart disease and cancer. If only his theories had proven true. But unfortunately, years of scientific inquiry debunked this idea.

The same goes for many people’s hope that we can find a magic bullet to prevent Alzheimer’s disease and similar forms of cognitive decline. Dozens of experimental trials on various supplements and prescription drugs have been conducted over the years and all have come up short. So far, researchers have found no single substance that can stave off Alzheimer’s disease or other forms of dementia. And last month, following failures of yet two more drugs targeting Alzheimer’s-related plaque accumulating in the brain, Lon Schneider, MD, a prominent Alzheimer’s researcher at the University of Southern California, told the Wall Street Journal that “the idea of finding one drug that will hit that one receptor and cure Alzheimer’s disease is fool’s gold.” He added that progress in drug research is unlikely “unless we understand and are able to grapple with the heterogeneity of the disease.”

Whether such research can ever bear fruit is any body’s guess. But here’s the good news: Today’s science points to common steps we can take to postpone—and possibly even prevent—Alzheimer’s disease. These include several healthy behaviors such as getting regular exercise, eating a healthy diet, and managing chronic conditions like high blood pressure and diabetes. In fact, research teams have estimated that one in three cases of dementia might be prevented by addressing modifiable risk factors, such as physical inactivity, smoking, diabetes, high blood pressure, and obesity.  And researchers globally are observing that although the number of people with Alzheimer’s disease is increasing as populations grow older, the percentage of people with Alzheimer’s is decreasing in populations where certain risk factors—such as smoking, low education, and physical inactivity—are in decline.

The opportunity for health care, then, is to help patients who are at risk for dementia to adopt the day-to-day habits for staying healthier and maintaining cognitive strength.

That’s the idea behind a new pilot project we’re conducting here at Kaiser Permanente Washington Health Research Institute (KPWHRI) with researchers from the University of California, San Francisco (UCSF) and funded by the National Institute on Aging.  It’s called the Systematic Multi-domain Alzheimer’s Risk Reduction Trial, or SMARRT. We’re now enrolling a random sample of more than 200 Kaiser Permanente Washington members age 70 to 89 to consent to participate in the pilot study. Half will work with a behavior coach and nurse to develop a personalized plan to reduce factors that may put them at higher risk for Alzheimer’s disease. The participants will choose their own goals, which may include steps to:

·      Decrease use of potentially harmful medications;

The other half—the control group—will be mailed general health education materials about these risk factors for Alzheimer’s disease. Over two years, our research team will assess participants’ changes in cognitive function, physical function, and quality of life, as well as behavior and risk factor changes. As a pilot study, the SMARRT results will establish “proof of concept,” determining whether a much larger multisite study should be conducted. If so, that larger study could provide the basis for better population-based approaches to staving off dementia, as well as a host of other lifestyle-associated illnesses.

The SMARRT study is the first in the United States to address many different Alzheimer’s disease risk factors at once. It’s also unique because our interventions are tailored to patient’s individual interests and needs. So rather than offering a one-size-fits-all class where an instructor tells you what to do, we’re offering one-on-one help from a coach who says, “Here is a menu of changes that can make a difference. What would you like to work on?” We hypothesize this tailored approach will set them up for success.

At the same time, the plans are designed to be fairly simple, building upon evidence-based methods we have pioneered with many previous behavior-change studies conducted over the years at KPWHRI.

And while it’s true that changing health behaviors is not as easy as taking a magic pill, the long-term benefits can potentially be lifechanging. As UCSF’s Kristine Yaffe, MD—my co-principal investigator on this study—recently told the New York Times, “You can do something about this. You can lower your risk.”