Can where you move impact future weight gain? 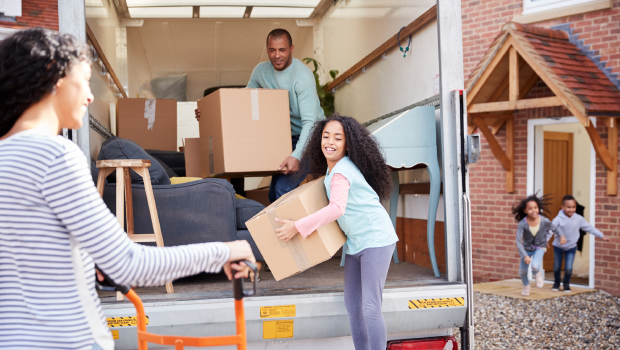 The neighborhoods where we live play a role in our health. A new study from Kaiser Permanente Washington Health Research Institute (KPWHRI) and the University of Washington suggests that moving from one neighborhood to another could impact future weight gain, particularly when the characteristics of those neighborhoods are different.

Many neighborhood conditions, including walkability and green space, have long been studied for their potential influence on long-term weight gain and associated health risks. Looking at residential moves allows researchers to examine different variables after a change in environment and model how those factors influence weight gain over time. For this study, researchers linked body weight to population density, residential density, and the density of street intersections, a measure that has been used as a proxy for a neighborhood’s walkability. They also looked at access to supermarkets and fast-food outlets.

The study found that people who moved from a low-residential density, suburban neighborhood to a high-residential density, urban neighborhood tended to gain less weight after 3 years than people making the opposite transition, from high-density to low-density areas. Both groups gained some weight, but those moving from low- to high-density areas gained about 1.3 pounds on average, while the group that moved from high- to low-density areas gained an average of 4.5 pounds.

“The results were in line with our hypothesis that residential moves from high- to low-density neighborhoods would result in more weight gain than the opposite,” said lead author Maricela Cruz, PhD, an assistant biostatistics investigator at KPWHRI. “And because we were able to gather data on characteristics of the built environment for the full cohort of more than 20,000 people, we also learned a lot about how other neighborhood variables might relate to changes in people’s weight.”

The study’s findings on fast-food and supermarket access align with previous findings from KPWHRI and the University of Washington, which showed that access to supermarkets or fast-food restaurants didn’t play a big role in weight gain or weight loss. The authors pointed out that there could be several additional factors that influence this piece of the analysis. They weren’t able to assess differences in the type of food available (for example, more healthy food options versus fewer), and they also weren’t able to determine whether people shopped at the stores closest to them or traveled farther in search of better deals or a different food selection.

The study was based on anonymized medical records from over 20,000 Kaiser Permanente members who moved between areas of King County between 2005 and 2017. Residential moves are a common factor in people’s lives. An estimated 13 percent of Americans moved from one home to another in 2017, mostly in search of better housing or in reaction to a job change or family needs. In King County, a move from high- to low-density housing often indicates that someone transitioned from living in a city to living in a suburb.

“People should know that moving to areas with greater density might mean they will walk more and be less likely to gain weight over time,” said senior author David Arterburn, MD, MPH, a senior investigator at KPWHRI. “We'd like to confirm these findings in other study cohorts, and the results give us a place to build from when looking at other questions. For example, future studies could be designed to look at how someone's behavior changes when they move, and if there are patterns that can tell us more about the relationship between weight and environment.”

The researchers are also planning to study additional measures of residential density, such as access to public transit.

The study is part of the Moving to Health (M2H) project, a 12-year joint effort from KPWHRI and the University of Washington. The goal of the study is to provide population-based, comprehensive, rigorous evidence for policymakers, developers, and consumers regarding the features of the built environment that are most strongly associated with risk of obesity and diabetes. 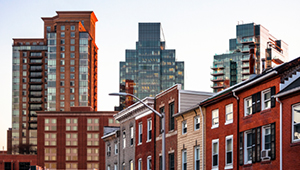 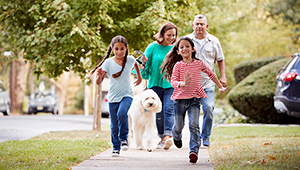 How should we study the health of neighborhoods?