Yoga vs. stretching: Which is better for low back pain? 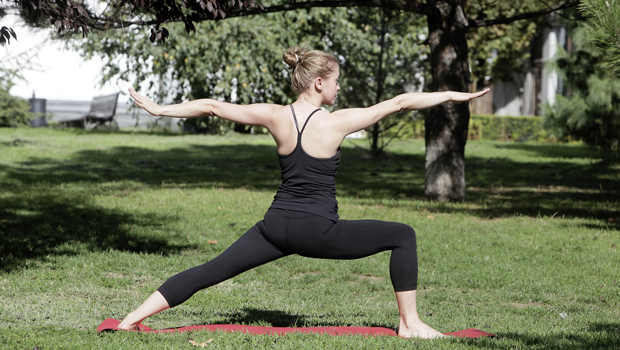 Here’s one for yoga fans. Yoga classes were linked to better back-related function and less chronic low back pain in a large study published by the Archives of Internal Medicine.

But before you drop your next paycheck at Athleta, Zella, or Zobha for the latest in yoga clothes, know this: Intensive stretching classes proved to be just as effective. Your too-cute-to-pass-up yoga pants will be allowed, but not necessary.

Back-related function was better and symptoms were diminished with yoga after 12 weeks. Other important benefits, including less use of pain medications, lasted at least six months for both yoga and stretching.

The researchers randomly assigned 228 adults to 12 weekly 75-minute classes of either yoga or stretching exercises, or gave them a comprehensive self-care book called The Back Pain Helpbook. Participants typically had moderate (not severe) back pain and relatively good mental health. Most had been at least somewhat active before the study started.

How they measured up

Previously, Dr. Sherman and her colleagues conducted a smaller study that found yoga effective for easing chronic low back pain. “In our newer trial,” she says, “we wanted both to confirm those results in a larger group and to see how yoga compared to a different form of exercise of comparable physical exertion: stretching.

“We expected back pain to ease more with yoga than with stretching, so our findings surprised us,” Dr. Sherman says. “The most straightforward interpretation of our findings would be that yoga’s benefits on back function and symptoms were largely physical, due to the stretching and strengthening of muscles.”

“Our results suggest that both yoga and stretching can be good, safe options for people who are willing to try physical activity to relieve their moderate, low-back pain,” Dr. Sherman concludes. “But it’s important for the classes to be therapeutically oriented, geared for beginners, and taught by instructors who can modify postures for participants’ individual physical limitations.”

by Rebecca Hughes and Julian Rogers

Read more about the study