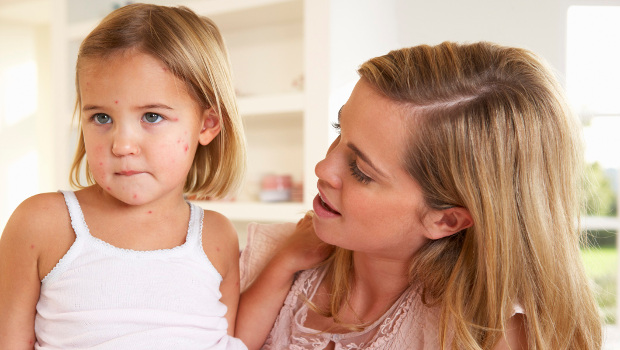 As parents, we worry about vaccine safety. But I believe the CDC when they say that measles is serious and the vaccine is safe. Here’s why.

You've probably heard about the ongoing, multistate measles outbreak linked to Disneyland. This outbreak has triggered debates on the value and safety of vaccinations. As a vaccine scientist, I’d like to offer a few points to the discussions.

It’s all about the children

When passions rise in pro-vaccination and anti-vaccination camps, it’s easy to forget that we share a common ground: All parents are concerned about the health of their children. Parents who vaccinate their children want to protect them from the potentially terrible consequences of infectious diseases. Parents who don’t vaccinate their children are concerned that the risks from the vaccines outweigh the risks from the diseases. At the end of the day, parents want to make the right decisions about their child’s welfare. If we keep this in mind, we can have more civil and gracious discussions.

In this outbreak, eight patients have already been hospitalized and that number is expected to rise. Thankfully, most people infected with measles recover without complications. That makes it easy to lose sight of the dangers of measles:

Whatever your feelings about the safety of vaccines, please don’t fall for the lie that measles “isn’t that bad,” and that getting exposed to measles boosts your child’s immune system. Measles killed 145,000 children around the world in 2013. It’s deadly. Don’t fool around with it.

Fortunately, we have an effective vaccine against measles. And we know it’s safe because a network of people, starting with your community pediatricians and including state and national public health officials, is keeping an eye on vaccine safety. Here’s a real example of what happens at the first sign of concern about a vaccine:

In 1998, the first rotavirus vaccine (RotaShield) was licensed and recommended for routine use in the United States. Rotavirus causes severe vomiting and diarrhea and can be fatal for young children. Within 9 months, the vaccine safety network of the Centers for Disease Control and Prevention (CDC) and the U.S. Food and Drug Administration (FDA) heard reports of possible risk of bowel obstruction among children receiving RotaShield. The CDC responded immediately, first by telling physicians and parents to postpone the vaccine. They then did quick analyses in California, Minnesota and other states that verified the risk. RotaShield was withdrawn from the market.

Why is this relevant for the measles vaccine? Because the same people who identified the problem with RotaShield and got it removed from the market have exhaustively studied the safety of the measles vaccine and found it to be safe. Their work also included proving that there is no link between the measles vaccine and autism. This network includes people in the Vaccine Safety Datalink (which includes GHRI researchers), the CDC Immunization Safety Office, and state and local public health officials.

The risk of bowel obstruction associated with RotaShield was 1–2 per 10,000 children vaccinated. Public health researchers needed information about fewer than 2,200 children to learn that. In comparison, we have information on more than 1.2 million children that shows no connection between measles vaccines and autism. GHRI is part of a vigilant network of people watching for vaccine safety. Our goal is supporting parents in making the right decisions to keep their children healthy.