Group Health Research Institute (GHRI) Affiliate Investigator Wayne Katon, MD, passed away March 1 at the age of 64 after a battle with lymphoma. Dr. Katon’s primary appointment was at the University of Washington (UW), but he worked closely with colleagues at GHRI over the past 30 years.

Drawing on his clinical experiences, Dr. Katon developed an influential research program on the effects of depression on emotional and physical health. He led pioneering work that developed, evaluated, and widely disseminated collaborative care for depression—an approach in which mental health specialists work with primary care clinicians to improve the health outcomes of their patients. GHRI investigators including Michael Von Korff, ScD; Elizabeth Lin, MD, MPH; Evette Ludman, PhD; and Greg Simon, MD, MPH, worked with Dr. Katon in carrying out the first large randomized controlled trial of Collaborative Care, which was published in the Journal of the American Medical Association in 1995.

These initial findings have since been replicated by numerous research teams worldwide, in developed and developing countries, and among well-served and disadvantaged patient populations. The principles of collaborative care for depression have been incorporated into evidence-based national guidelines for depression care in the United States and the United Kingdom.

Dr. Katon and his colleagues at GHRI subsequently developed collaborative care to provide effective treatment for patients with poorly controlled heart disease and/or diabetes who were also depressed. In the influential TEAMcare study, they found that patients with complex health care needs achieved better glycemic, blood pressure, and lipid control, along with improved depression and quality of life outcomes. These compelling findings have been published in several top journals—including the New England Journal of Medicine in 2010 (see news release), British Medical Journal in 2011, and Annals of Family Medicine in 2012 (see news release), and are shaping new approaches to care for patients with multiple conditions.

“Wayne took experience gained in clinical practice and training in primary care-based psychiatry and combined them with good ideas about how to make it easier for primary care physicians and their patients to do things that are effective in treating depression and other common disabling mental disorders. Then he subjected those concepts to rigorous experimental research. Moreover, when the research showed that something didn’t work, he learned and modified his concepts and approaches based on the experience gained. Wayne believed deeply in the tenets of a learning health care system, but he applied these beliefs to his clinical practice and research long before the Institute of Medicine invented the term. He was the best colleague and friend over three decades of working together. He will be sorely missed and impossible to replace.”

“Wayne had extraordinary vision, leadership, and was practical in applying the principles of a learning health care system. He was open to trying out new, radical ideas—such as coming to primary care clinics to work alongside primary care providers to care for challenging patients in the 1980s. And his enduring passion to achieve better mental health as widely as possible has been exemplary over the past 32+ years of working together. The good news is that there is a formidable force moving this work forward! We will miss Wayne so, so much.”

“I think Wayne was able to have such a tremendous national and international impact because he stayed focused on the practical concerns of patients and primary care physicians. He could act globally because he never forgot to think locally.”

“Back when Wayne was an associate medical director working with me at the UW Medical Center, he was already working as a leader using tenets of learning health systems. We greatly valued Wayne's vision and leadership.”

A tribute from UW’s Chair of Psychiatry, Dr. Jürgen Unützer

“Dr. Wayne Katon was one of the most accomplished physician scientists I have ever known. For more than 35 years, he worked graciously and tirelessly to improve the lives of those living with mental and physical health problems through his research, training, and clinical care. Along the way, he touched and inspired thousands of students, residents, and faculty colleagues at UW and around the world. He introduced new approaches that have revolutionized mental health care in the U.S. and beyond. All the while, even in the face of his own struggle with serious illness, he remained one of the most humble, approachable, caring, and wonderful people I have ever known.” 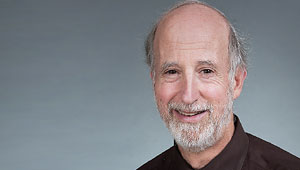 Dr. Katon was a mentor and friend of many at GHRI and elsewhere. He selflessly helped countless young researchers develop their own careers—individuals now making major contributions in his footsteps. His UW colleagues have established a memorial fund in his name to support the training of the next generation of physician scientists at the UW Department of Psychiatry. To contribute, contact: