The US health system: A model for other countries? 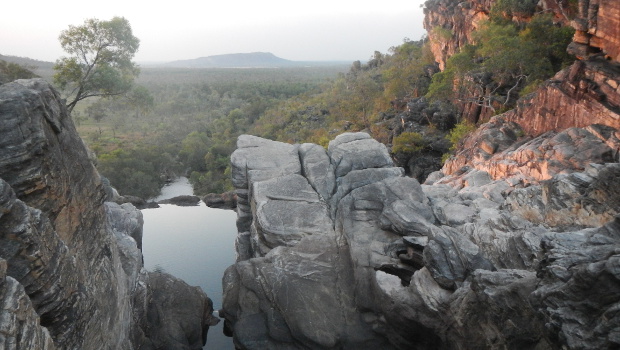 Known locally as the "big waterfall," the scene above, courtesy of Dr. Burgess, is an Aboriginal sacred site called "wild-dog dreaming." It is near Gunbalanya in west Arnhem Land in the Northern Territory of Australia.

A public health physician from Australia finds innovations to admire

Paul Burgess, PhD, MPH, is a research fellow at Group Health Research Institute from Darwin, Australia, where he is a public health physician working with Aboriginal peoples. Dr. Burgess is supported by a 2014–2015 Harkness Fellowship in Health Care Policy and Practice. The Harkness Fellowships bring physician-researchers from nine countries to the United States to collaborate with health services experts. Funding is from the private, nonpartisan Commonwealth Fund. Dr. Burgess is working with Drs. Michael Parchman and Ed Wagner at GHRI’s MacColl Center for Health Care Innovation.

This essay was originally posted at the blog “Harkness on the West Coast.”

I had heard and read about the fragmentation, expense and health disparities that pervade the U.S. health system. In the short time I’ve been here, many of my new U.S. neighbours and friends have raised their eyebrows with incredulity:

“You’ve come here to study our health system? We don’t have a system!”

However, dig a little deeper and there’s plenty to like if not envy. Here are a couple of my favourites.

Frustrated that clinical medicine doesn’t match your expectations from that randomised controlled trial? Ever wondered if there was a better way to do something that patients would find more acceptable and still get the evidence-based clinical outcome? PCORI funds clinical effectiveness research and mandates the involvement of the patient in the research process. With an estimated $3.5 billion to spend between 2012–2019, they are a game changer for real-world research.

I, like many Harkness fellows, come from a country with universal health insurance. While unquestionably a source of comfort and security, there is little appetite within my country’s health bureaucracy for experimentation and piloting significant reforms. CMMI funds innovations in payment reform, care improvement, research adoption and new service delivery models. There is little doubt that CMMI is the engine room for significant health reforms in the United States—some of which will be applicable to other nations, such as Accountable Care Organisations. These are big ideas with big budgets attached.

The above innovations have emerged in response to some significant challenges faced by the U.S. health system—some of which are also present in Harkness Fellows’ countries. I’d be delighted to find CMMI and PCORI replicated in my country’s health system.