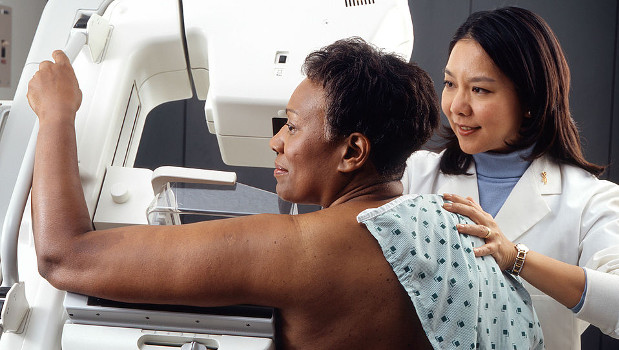 An online tool and app to estimate breast cancer risk is a conversation starter for women and practitioners.

After my last mammogram I decided to do something different. I asked the nurse what my breast density was. After a slightly puzzled pause, she told me I was classified as "heterogeneously dense.” I left pleased with my tenacity but unclear what that meant. A few weeks later I checked with a friend who is a breast cancer statistician. "Don't worry about it," she said. "That's normal for a woman your age."

As a project manager on studies for the Breast Cancer Surveillance Consortium (BCSC), I've learned that breast density is a significant risk factor for breast cancer. In fact, breast density is emerging as one of the strongest risk factors (along with being female and getting older). The American College of Radiology estimates that approximately 50 percent of women undergoing screening mammography are classified as having either "heterogeneously dense" or "extremely dense" breasts.

The situation is not as dire as it sounds, however. Women in the “heterogeneously dense” category are only 20 percent more likely to be diagnosed with breast cancer compared to women with average breast density. Women in the “extremely dense” category are 50 percent more likely to develop breast cancer, but they make up only a small part of the population (10 percent).

Still, having dense breasts can make it more difficult for a radiologist to see cancers on the mammogram since both tumors and dense breast tissue look white. As radiologists have put it, “It’s like looking for a polar bear in a snowstorm.”

While the situation is complicated, for example, because breast density changes with age, there is a tool that might help: a Risk Calculator developed by the BCSC. Only five questions long, the calculator was designed for health professionals to estimate a woman's five-year risk of developing invasive breast cancer. It is the only breast cancer risk calculator which takes into account a woman’s breast density. It can also be downloaded as a free iPhone and iPad app.

Are you a woman getting recommended screening mammograms? The next time you get one, ask about your breast density, and the nurse might not be as puzzled as mine was when I spoke up. In fact, don’t be surprised if your doctor initiates the discussion. And when that happens, you can make the BCSC Risk Calculator part of your conversation.

Journal of the National Cancer Institute