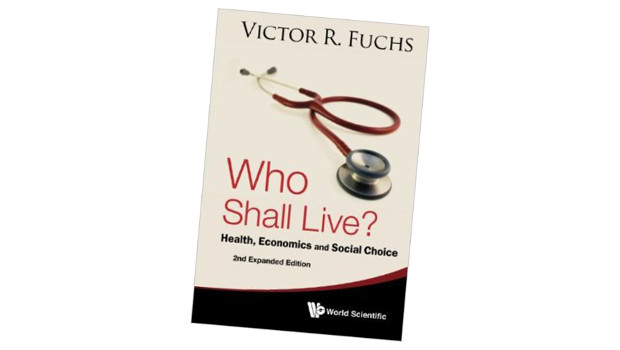 Victor Fuchs has long written about health care reform and how care influences life. He calls for exactly the type of care that GHRI and Group Health are working toward.

The book with the greatest impact on my thinking about health care is Who Shall Live? by Stanford professor Victor R. Fuchs. Written more than 40 years ago but available in an expanded 2011 version, the book, subtitled Health, Economics and Social Choice, illustrates that how we organize society, particularly health policy and clinical practice, literally affects who shall live. Now, Professor Fuchs has a new commentary in Annals of Internal Medicine: “Major Concepts of Health Care Economics.”

In his article, Dr. Fuchs looks at health care using economic ideas that, unfortunately, we are familiar with from the 2008 recession. He discusses issues such as the lack of pricing transparency. He considers the moral hazard of separating demand from the actual costs of care. He warns against the excessive power of drug and medical device monopolies.

Citing two Nobel Prize winners and Thomas Jefferson, Dr. Fuchs concludes that, as a society, we’re risk averse and reluctant to change. The structure of our current health care system is entrenched, he says, and defended by powerful players like the beneficiaries of fee-for-service care. What will it take to prompt the major social changes required to improve our return on our health care investment? In his commentary, Fuchs speculates, “only a severe political, financial, or medical crisis” will create such a shift. However, I look back at Fuchs’s earlier writing and see another possibility.

In his 1974 book, Dr. Fuchs stated that more spending on health care does not guarantee better health. He said that our health care system places too much emphasis on high-end services and not enough on basic primary care and prevention. If we want to improve care, he wrote, we must focus on training and incentivizing physicians because they are connected to both health care systems and patients. This is still true today. And it is the work we are doing at Group Health Research Institute with collaborators in the Group Health delivery and insurance system. Our projects that directly align with Fuchs’s recommendation include:

I’ve long been an admirer of Dr. Fuchs’s incisive wisdom and rational economic case for creating a better U.S. health system. His previous writings inspire me and I value his viewpoint in the new commentary. I hope we don’t have to go through a painful crisis in order to make the right social choices, though. I’m more inspired by Dr. Fuchs’s rationale that our society needs to work continuously to achieve more efficient, effective, and equitable care. That is what motivates all of us at GHRI, I believe.