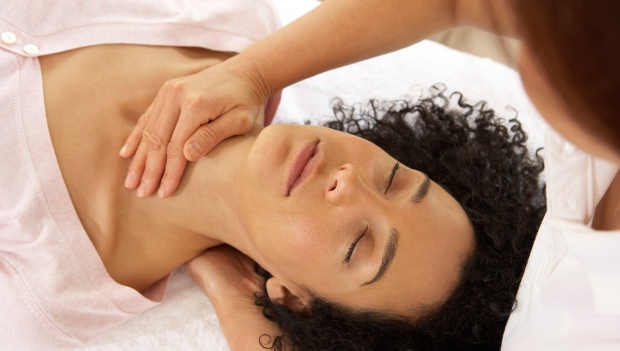 Few things feel better than a massage, and many people use it to deal with muscle pain. The problem is, relatively few studies have been conducted to determine whether massage really helps or not. And those studies have yielded conflicting results. Massage feels great, but does it really help with injuries—particularly chronic neck pain? And if so, which “dose” works best?

Recently, Group Health researchers set out to try and answer this question in the first study to systematically evaluate the value of a longer treatment period for massage. They randomly assigned people who reported dealing with neck pain to one of several groups and compared them to a group that reported similar symptoms but received no massage. For example, would a 30-minute massage three times a week work better than a 60-minute massage once a week? And what is the best number of weeks?

The researchers previously reported that five weeks after starting treatment, two or three 60-minute massages a week for four weeks were more effective for treating chronic neck pain than were fewer or shorter sessions. The study was done on nearly 200 people.

Now the researchers—Group Health Research Institute’s Andrea Cook, PhD; Robert Wellman, MS; Daniel Cherkin, PhD, and Karen Sherman, PhD; and a University of Vermont colleague—report in The Spine Journal the results of a follow-up study: adding a “booster dose” of six weeks of one 60-minute massage per week. They found that 12 weeks after the onset of treatment, the longer treatment period (10 weeks total) was better for reducing neck dysfunction and, to a lesser extent, pain. These are clinically meaningful improvements that matter to patients. But that was so only for those people who were randomly assigned to receive 60-minute massages during the initial four-week period. And by 26 weeks, the effect was no longer seen.

The researchers suggested that future studies of massage for neck pain use multiple hour-long treatments per week for the first four weeks—and a booster dose of at least weekly hour-long treatments for six weeks. They also suggested including a comparison group of people seeking conventional medical care to assess massage’s longer-term effects.

While we don’t have definitive answers yet, these findings are another piece of the puzzle toward understanding how effective massage is for neck pain.

The National Center for Complementary and Integrative Health funded this research.