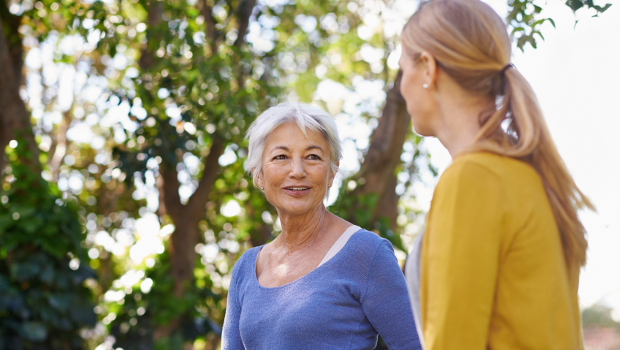 I can guess what you’re thinking: “What? Please don’t tell me another study came out with confusing information about who should be screened for breast cancer—and how often!” Well, a new study is out—that part is true—but the findings may be a little less confusing than others. That’s because they focus on a common-sense idea: that menopausal status may matter more than age for determining when to start having breast cancer screening and how often to be screened. As one of the study’s co-authors, let me walk you through the findings.

Who did the research?

The study was conducted by the National Cancer Institute’s Breast Cancer Surveillance Consortium (BCSC), a group of scientists at six registries nationwide (including Group Health) with access to the world’s largest collection of information about breast cancer screening.  Our study included records from more than 15,000 women with breast cancer diagnosed within one year of an annual mammogram or within two years of a biennial mammogram. Published October 20, 2015 in JAMA Oncology, the study was led by Diana Miglioretti, PhD, and titled “Breast Tumor Prognostic Characteristics and Biennial vs. Annual Mammography, Age, and Menopausal Status.” Dr. Miglioretti is a senior investigator at Group Health Research Institute and professor of biostatistics at University of California, Davis.

Why does this study matter?

Because it takes a new approach: We grouped women by whether or not they had experienced menopause. Earlier, like every guideline setter in the United States or any other country, we grouped women by age: under 50, or age 50 or older. Yes, most women in that younger group haven’t gone through menopause yet, while most in the older group have—the average age of menopause in the United States is 52 years. But it may be that using menopausal status instead of age is more precise for figuring out how well mammography works for detecting tumors.

That’s because before women go through menopause, their breasts tend to be made up of more dense breast tissue. This makes it difficult for mammograms to detect cancer in them, as the dense tissue masks the tumors on the image. Dense breasts appear white on a radiologic image, and breast tumors are also white. After menopause and with age, women’s breasts generally become less dense, with more fatty tissue. Then it’s easier for mammograms to detect cancer in them.

Another big reason screening doesn’t work as well for premenopausal women, is that they are more likely to have faster-growing tumors, so tumors may not be detected with longer screening intervals (the cancers arise in between screenings). Mammograms are really good at detecting slower growing tumors and those are the cancers that are the ones that are usually not likely to cause death.

What did we discover?

Menopause may indeed matter more than age for determining when to start having breast cancer screening and how often to be screened. Our new study showed:

These new results confirm and strengthen our previous BCSC research showing that screening every other year was as good at detecting cancer (with fewer harms) as annual screening for women age 50 or older—and supporting risk-based screening.

What do our results mean for women and their care providers?

When to start screening, and how often, should continue to be an informed decision made between a woman and her doctor. It may depend partly on the woman’s individual risk factors and her level of concern. These latest results provide more information for women and their doctors to consider when considering when to start getting screened for breast cancer and how often to be screened. Based on these results, the American Cancer Society (ACS) has revised its guidelines to move somewhat closer to those of the U.S. Preventive Services Task Force, suggesting a more conservative starting age for mammography (45 vs. 40 years).

The USPSTF is reviewing public comments on its draft recommendation on mammography and finalizing its newest recommendation statement. Its current draft statement says, “The decision to start screening mammography in women prior to age 50 years should be an individual one. Women who place a higher value on the potential benefit than the potential harms may choose to begin biennial screening between the ages of 40 and 49 years.” It also says that risk factors play a role.

What’s next for the science of breast cancer screening?

The limitations of today’s cancer screening technology continue to present challenges. In theory, all women could be screened and biopsied all the time, but the harms wouldn’t justify the benefits. Mammography isn’t a perfect test. You may be surprised to learn that it doesn’t detect all breast cancers. One in five women will have tumors that are not detected by a mammogram. This can be because the tumors are really hard to see and the technology doesn’t do a good enough job to make them visible or because tumors are too fast growing, so they emerge between screening exams. These missed cancers tend to happen more often in younger women (who also happen to be premenopausal), African American women, and women with dense breasts.

One potential harm of mammograms is a false finding of cancer when it isn’t actually present. Then women worry and get follow-up tests and invasive procedures, which carry their own risks, and which they didn’t really need. Another potential harm is treating cancers that may not ever go on and develop into something life threatening.

Given these realities, the breast cancer scientists at Group Health will continue our research, seeking to maximize the benefits and minimize the harms of breast cancer screening—and figuring out how to best organize a screening program to save the most lives.  That’s been our goal since Group Health launched the nation’s first risk-based screening program in the 1980s. As leaders of some of the most influential research in the world on breast cancer screening, we also study how to do effective outreach to ensure women are screened regularly—and we focus on follow-up with abnormal screening tests.  We’ll also keep contributing our data with the BCSC, serving as scientific leaders and hosting the BCSC’s Statistical Coordinating Center. This is part of Group Health’s commitment to quality care backed up by the latest research.