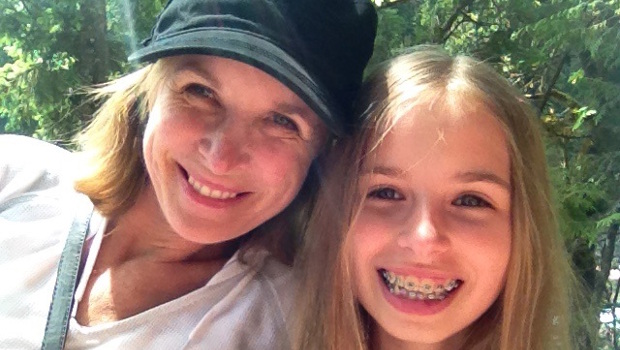 When I received the phone call that my eight-year-old daughter had fallen and slammed her head on a concrete sidewalk, my heart dropped. Twenty minutes later she was home, complaining of a headache and throwing up, and my worst fears began to crystallize: She might have a concussion.

I quickly brought her to a Group Health urgent care clinic, one part of my mind praying she didn’t have a concussion and the other part praying that she didn’t need a CT scan. (Computed tomography, also called CAT scans, are a series of x-rays.) Like most parents, I wanted the best for my child but, unlike most, I had spent the last year working on a research study looking at how often children were given CT scans, how much radiation they received from them, and how that affected their estimated risk of future cancer, and I didn’t want my daughter to be subjected to unnecessary radiation either.

I knew that CTs could be invaluable. They contribute to earlier and more accurate diagnosis of disease and injury. In the right situations they give doctors critical information that can save lives and are a crucial tool for seeing inside the human body. But, like most medical interventions, they also carry corresponding risks which have to be weighed alongside their benefits. And, at that moment, I felt steeped in knowledge of those risks.

One concern with CT scans is the dramatic increase in their use during routine care. (It’s been estimated that over 80 million CT scans are performed each year in the United States, more than double the annual number in the mid-1990s.) Another concern is that CT uses ionizing radiation, which is a well-established carcinogen. Most experts agree that radiation from medical imaging is associated with increased risk of cancer, but it’s not clear how large the risk is. This is especially critical for children because they are particularly vulnerable to the cancer-causing effects of radiation, given how quickly they grow. In addition, children are likely to live for decades after the exposure—which gives them time to develop cancer.

With these thoughts swirling in my head, I waited as the doctor finished his assessment. Turning to me he calmly explained that my daughter’s head didn’t bear the full weight of the fall because she had been able to briefly hold onto a railing. In addition, the location of the blow to her head was more favorable than if she’d hit another area, and, while she had thrown up, she also had a history of doing this after ingesting pain relievers and he theorized that might be what caused the vomiting. Lastly, his assessment did not indicate any signs of a concussion. He urged me to watch her carefully and said he didn’t recommend a CT scan because he didn’t want to possibly expose her to unnecessary radiation.

As a project manager at Group Health Research Institute I sometimes find myself in the unusual position of holding medical opinions based on my work experience, even though I have no clinical background. As a parent, I’m glad my daughter would have gotten a CT scan if she’d needed it, but I’m also glad that the physician was familiar with the current research and he adjusted his care accordingly. I often tell people how happy I am at Group Health and one reason for my satisfaction is that, although I feel taken care of, I also don’t feel overcared for. I never saw further signs of a concussion and, while I’m not against CT scans, I remain relieved that she didn’t receive one, “just in case.”