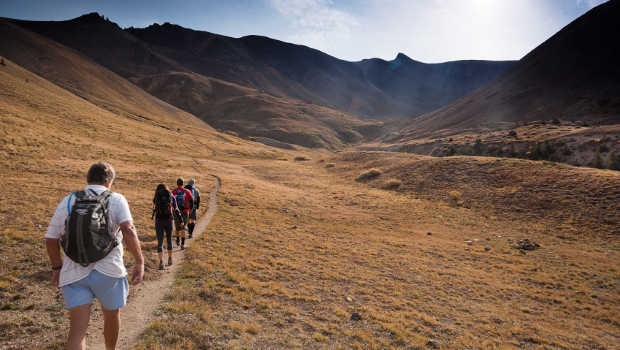 My colleagues at the University of Washington (UW), Fred Hutchinson Cancer Research Center, and I recently found that gastric bypass surgery was much more effective than an intensive lifestyle/medication intervention at reversing type 2 diabetes—including in patients with only mild-to-moderate obesity.

Diabetologia (the journal of the European Association for the Study of Diabetes [EASD]) published our results: “Gastric Bypass Surgery vs Intensive Lifestyle and Medical Intervention for Type 2 Diabetes: The CROSSROADS Randomised Controlled Trial.”

Obesity and type 2 diabetes go together, and they’re the fastest-growing—and among the strongest—contributors to disability and death around the world. Most diabetes medications promote weight gain. And it’s hard for people to sustain major weight loss for the long haul without surgery.

Research has shown that Roux-en-Y gastric bypass surgery improves glycemic control and leads to remission of diabetes in most cases. The mechanisms aren’t fully understood, but there are likely to include a combination of restrictions to food intake as well as changes in gut hormones, bile acids, and gut bacteria. Observational studies have linked bariatric surgery in people with severe obesity with long-term declines in all major risk factors for heart disease—as well as in heart attacks, strokes, cancer, and deaths from all causes, including 92 percent fewer diabetes-related deaths. However, there are important risks for patients to consider as well, including the risk of short and long-term complications from surgery, such as the need for reoperations and the development of problems with alcohol use in some patients.

Observational studies can be biased: for instance, people who choose surgery might be more motivated to improve their health than people who choose not to have surgery, and that could be driving the observed results. Also, prior research hasn’t used the most rigorous lifestyle interventions, nor has it included patients with mild obesity: a body max index (BMI) of 30–35 kg/m2. That’s why we conducted this randomized controlled trial of 32 Group Health patients, called CROSSROADS (Calorie Reduction Or Surgery: Seeking to Reduce Obesity And Diabetes Study).

We used the most rigorous intensive lifestyle and medical intervention yet tested against bariatric surgery in a randomized controlled trial. We adapted our intervention from the Diabetes Prevention Program and LookAHEAD trials. We think it’s the most intensive lifestyle-medical approach that could reasonably be considered in regular clinical practice. Patients were directed to exercise at least 45 minutes a day, at least 5 days a week, for a year, including visits with exercise physiologists at the Hutch’s Prevention Center Exercise Testing and Training Center. Patients also attended weekly meetings with a nutritionist for the first 16 weeks followed by monthly meetings after that.

We drew from all Group Health patients age 25–64 with type 2 diabetes and BMI 30–45 kg/m2, including patients below the usual 35-BMI cutoff for considering bariatric surgery. We used a population-based shared-decision-making approach to screen, educate, and randomly assign all of them who were equally willing to undergo surgery or the lifestyle treatment.

Diabetes reversed in 60 percent of the participants who had surgery—but only 6 percent of those with the intensive lifestyle and medication intervention. We defined diabetes reversal as an HbA1c of less than 6 percent, off all diabetes medications, at one year. With the intervention, patients had better physical fitness and lean body mass. But with surgery, patients had a host of better measurements, including blood sugar control, weight loss, systolic blood pressure, and insulin resistance.

When to consider bariatric surgery?

We’re continuing to follow up with the patients in this trial. But based on our results and the results of other similar trials so far, we’ve concluded that bariatric surgery is a safe and effective way to treat type 2 diabetes – even among patients whose BMI is below the usual cutoff of 35 kg/m2.

Grant R01-DK089528 from the NIH National Institute for Diabetes and Digestive and Kidney Diseases funded our research (ClinicalTrials.gov NCT01295229).

Dr. David McCulloch, MD, and I wrote this JAMA commentary about a similar study by others: “Bariatric Surgery for Type 2 Diabetes: Getting Closer to the Long-term Goal.”