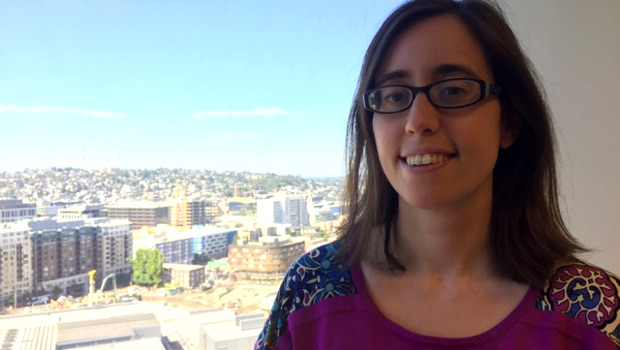 I just completed my first year as the lead statistician on Adult Changes in Thought (ACT). It’s an intriguing time to be part of this joint Group Health-University of Washington (UW) study because ACT findings about brain health and dementia prevention are now making their way into the news and popular culture.

ACT was founded in 1986 by healthy aging pioneers Eric B. Larson, MD, MPH, GHRI senior investigator and Group Health vice president for research, and UW Professor Walter (Bud) Kukull. For 30 years, ACT has been tracking the health and cognitive function of a group of older Group Health members as they age. Now led by Eric and GHRI Affiliate Researcher Paul Crane, MD, MPH, of the UW, ACT was recently renewed through 2020.

ACT data come from diverse clinical, qualitative, medical imaging, and genomic sources, which makes the statistical analysis challenging. I’m developing methods for using these complex data to learn about factors that raise or reduce the risk of dementia, including Alzheimer’s disease. I’m particularly interested in exploring how multiple risk factors across environmental, genetic, and clinical domains may interact to affect cognitive changes, and which factors may be implicated in increased resilience for healthy brain aging.

Next week, ACT researchers will gather at GHRI in Seattle to share findings, technical developments, and plans. Eric Larson tells me his opening remarks will emphasize how a long-running theme of ACT is becoming mainstream. After decades of focusing mainly on dementia cures, researchers, clinicians, and policymakers are seeing the value of prevention for ensuring a healthy older population and addressing the rising costs of care for people with dementia.

Eric noted a recent Time article forwarded from GHRI Affiliate Researcher Zachary Marcum, PhD, PharmD, about lifestyle changes that protect the heart and the brain. Eric mentioned an upcoming review in The Lancet with a section from him on protecting cognitive function through personal health and resilience. He tells me that ACT has been at the forefront of the movement to prevent dementia through healthy everyday habits and this has been the “true north” of ACT from the beginning.

The symposium is exciting because it highlights the broad range of projects that are leveraging ACT’s multiple, rich data sources including neuropathology, genomic, and pharmacy information. I’m looking forward to talking with our collaborators across diverse institutions and fields of study. As I begin my second year on ACT, I continue to learn about new data resources that are available, and that are being used by researchers at GHRI and other institutions as part of the ACT living, learning laboratory. It is through data sharing and collaboration that we will gain a stronger understanding of the many risk factors for dementia and Alzheimer’s disease.

Specifically, symposium speakers will be talking about:

To my ACT collaborators, I’ll see you next week. To my GHRI colleagues, if you see me, Eric, or other attendees including organizers KatieRose Richmire or Erin Bowles, MPH, we’ll be happy to tell you the news from the symposium.