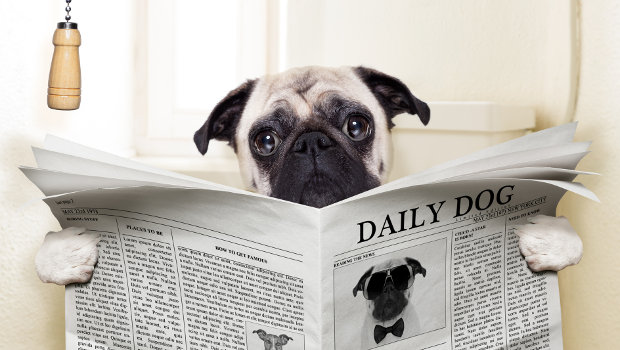 Dr. Diana Buist knows that national health policy is complex and won’t get easier in 2017. Here’s how she keeps up with news and strategy.

Since November 8, like many people, I’ve been scrambling to figure out our country’s new directions in foreign affairs, economics, immigration, and more. Every rumor of a new advisor or cabinet secretary nomination creates a news flare. It’s exhausting to chase after all of them.

Less than two weeks after the election, I went to Washington, D.C., for a previously scheduled committee meeting. Naturally, the outlook for 2017 and beyond for health services research was a topic of discussion. Change is upon us.

If you are a researcher or care about health research because you are a study participant, stakeholder advisor, or concerned citizen, prepare for a tumultuous time ahead. We don’t know exactly what President-elect Trump’s priorities will be for the first 100 days in office or where he will get funds to support those initial projects.

However, the nomination of Representative Tom Price to be health and human services secretary signals a likely early attack on the Affordable Care Act (ACA, or Obamacare). Price is an outspoken resister of health care reform. Dismantling the ACA will be a protracted process, though. The law has many interconnected elements, as Group Health CEO and President Scott Armstrong explained in a Modern Healthcare article. Removing one piece is difficult without affecting others that people want to keep, such being able to get insurance despite pre-existing conditions.

If confirmed, Price will also influence decisions about research funding. Analysts I’ve talked with confirm bipartisan, high-level support for the National Institutes of Health. Broad support is less certain for other agencies that fund health research such as the Centers for Disease Control and Prevention, the Agency for Healthcare Research and Quality, and the Patient-Centered Outcomes Research Institute.

To follow what happens to health care, coverage, and research, pay close attention to upcoming budget developments. For one thing, changes to the ACA will probably happen through budget reconciliation, which is a relatively easy way for the majority party to change a law. Congress will be dealing with other factors early next year, too. In 2017, Congress must act on the U.S. debt ceiling, which determines how much money the country can borrow. Sequestration restrictions that Congress established after the 2008 financial crisis may also influence budget decisions.

It’s all frustratingly complex and maddeningly unclear. But for news that is comprehensive yet understandable and always factual, I trust AcademyHealth. They keep a constant watch on health policy news and their blog provides thoughtful analysis on its implications.

Just to give a few examples, since Nov. 9, AcademyHealth posted that it is monitoring developments, including funding priorities, in care, coverage, and research. Lisa Simpson, AcademyHealth president and CEO, reaffirmed a commitment to basing policy discussion on evidence, and Lindsay Horan, senior manager for advocacy, provided a list of articles from reliable sources with perspectives on the future of health policy.

AcademyHealth is holding its annual National Health Policy Conference in January. In February, their blog will probably post about it. I’m looking forward to attending what promises to be a particularly lively meeting this year.