Tough conversations: How can we help patients get off risky drugs? 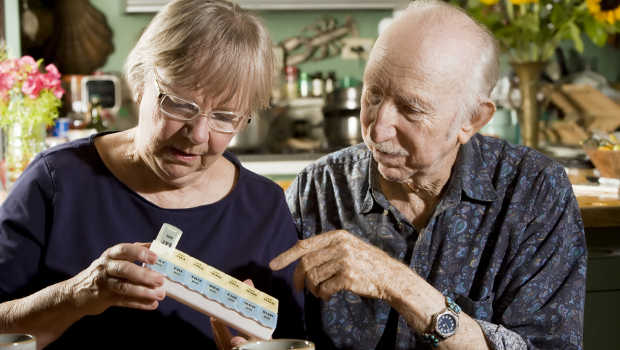 Dr. Sascha Dublin describes a Group Health-UW finding that benzodiazepines probably don’t cause dementia. But she cautions that they’re still bad for you.

Among the hardest conversations I have with patients? Explaining that a medication they’re taking may be dangerous. This happens regularly when I see an older person who is taking benzodiazepines such as lorazepam (Ativan), alprazolam (Xanax), or similar medications for sleep or anxiety.

We’ve known for decades that benzodiazepines are risky for people over 65—and for younger people too. They act on the brain sort of like alcohol, so they can lead to addiction or to tolerance (needing higher doses over time.) They can cause confusion, and they raise the risk of falls, car accidents, and other injuries. Still, some older patients take them regularly, and many doctors prescribe them, even long term.

Group Health has begun a new initiative to improve our benzodiazepine prescribing. This will lead to many more tough conversations. Many doctors have embraced 2012 and 2014 studies saying that benzodiazepines increase dementia risk, both published in The BMJ. We know dementia is among our older patients’ greatest fears, so many colleagues have asked me: “Why not leverage this to help them quit a dangerous drug?”

Well, because it may be untrue. We recently conducted a rigorous study and found no link between heavier use of benzodiazepines and higher risk for dementia. The joint Group Health-University of Washington (UW) Adult Changes in Thought (ACT) study has been enrolling Group Health members since 1994. For people using the most benzodiazepines (equivalent to using a moderate dose for 90 days or more over the course of a decade), dementia risk was nearly identical to that in people with no use.

Why do our findings differ from past studies?

Differences include who was studied and what methods were used. Prior studies came from other countries, where older people may use these medications more. Unlike other studies, ours had extremely detailed and long-term information about what medications patients have been taking. And our study examined participants every two years, letting us find dementia cases early. This matters because as dementia develops, it may cause anxiety and sleep problems. So benzodiazepine use could be a consequence of dementia, instead of the cause.

It is always frustrating when studies contradict each other. And it may surprise both doctors and patients to hear that benzodiazepines probably don’t cause dementia. Since these drugs can cause confusion and even delirium, it seems logical that they could harm the brain in more permanent ways. But at this point, we need to pause and question our assumptions, given the new evidence.

While we didn't find that benzodiazepines increase dementia risk, our study earlier in 2015 using similar methods did find higher dementia risk with other widely used medications, so-called “anticholinergic” medications, when used in higher doses for a prolonged period. These include antihistamines such as diphenhydramine (Benadryl) which are often used for sleep, as well as older antidepressants like nortriptyline.

What should we tell patients going forward?

If my patients ask about dementia risk with benzodiazepines, I will be honest: “The latest evidence suggests benzodiazepines probably don’t cause dementia after all. But that doesn’t make them safe.” I will keep telling my patients: “I am concerned about you. This is a risky medication, and there are better options—including exercising more, avoiding caffeine, or learning about healthy sleep habits. How can I help you get off of this medication and still enjoy your life?”

Now, when I counsel patients to avoid benzodiazepines because of their various bad side effects, I don't mention dementia. But for anticholinergic drugs, I do emphasize that these drugs add to dementia risk, because dementia is something my patients care strongly about. Equally important, both classes of drugs—as well as alcohol and narcotic pain relievers—increase an older person's risk of falling. And falling is a huge problem for older people, with potentially devastating consequences. So avoiding all these drugs is key to helping people prevent falls and maintain their independence.

These are hard conversations and can be uncomfortable for patients and doctors alike. But we must have them to fulfill one of medicine’s oldest mandates:

The BMJ published "Benzodiazepine use and risk of incident dementia or cognitive decline: prospective population based study." The first author is Shelly L. Gray, PharmD, of the UW School of Pharmacy, with Paul K. Crane, MD, MPH, of the UW School of Medicine, also a GHRI affiliate investigator; with Rebecca A. Hubbard, PhD, now at the University of Pennsylvania but earlier with GHRI; and with Onchee Yu, MS, Rod Walker, MS, Melissa Anderson, MS, Eric B. Larson, MD, MPH, and me here at GHRI.