Bariatric surgery may have ‘legacy effect’ on diabetes complications 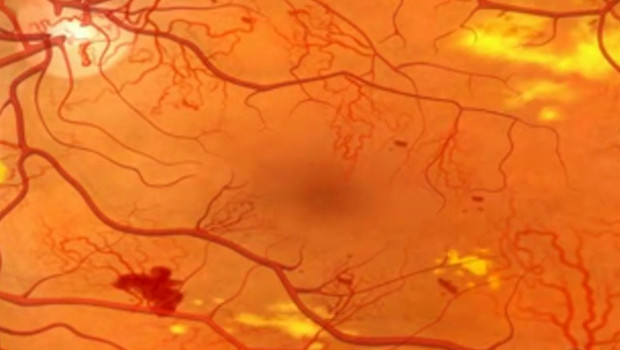 A close-up view of an eye with diabetic retinopathy.

Uncontrolled diabetes is known to lead to complications including microvascular diseases of the kidneys (nephropathy), eyes (retinopathy), and nerves (neuropathy)—as well as macrovascular ones like heart attacks and strokes. After bariatric surgery, type 2 diabetes goes into remission in most people who had the disease, according to many prior studies, including our own.  However, we also know that people who are at an early stage of their diabetes are most likely to enter into remission. Along with that remission, we have now shown that their risk for diabetic nephropathy may decline.

Just as some people can at least partially regain weight lost with bariatric surgery, so too their diabetes may eventually relapse, although the mechanisms of weight regain and diabetes relapse are likely to be different. Those who relapse are more often those who have had diabetes longer, are requiring insulin, and have poor blood sugar control. But my colleagues and I wondered whether people who relapsed their diabetes would still have better long-term health outcomes that those who never remitted their diabetes. So we designed a study to address two questions:

That’s just what we found, in the largest multisite study of this issue to date. We published “Long-Term Microvascular Disease Outcomes in Patients With Type 2 Diabetes After Bariatric Surgery: Evidence for the Legacy Effect of Surgery” in Diabetes Care.

Prior studies had shown a “legacy effect” where transient periods of improved control of type 2 diabetes without surgery lowered the long-term risk for microvascular complications. Our study is the first to show this same legacy effect following bariatric surgery.

In our study, the risk for developing microvascular disease after surgery was not related to the type of bariatric procedure, race/ethnicity, or preoperative body mass index.

Because of our retrospective observational cohort study design, we cannot say with 100 percent certainty whether surgery caused the lower microvascular disease risk. A randomized controlled trial could do that—and Group Health is currently collaborating in the Alliance of Randomized Trials of Medicine vs. Metabolic Surgery in Type 2 Diabetes (ARMMS-T2D), which is an ongoing prospective study examining the long-term outcomes of four trials comparing bariatric surgery versus intensive medical/lifestyle intervention in patients with diabetes and obesity.