Gun violence is a public health crisis: How should we respond? 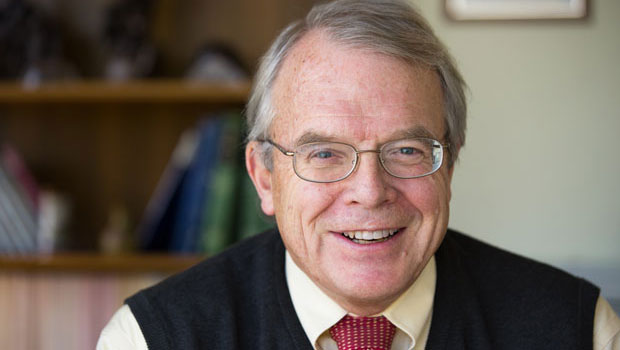 Reflecting on the Florida mass shooting, Dr. Eric B. Larson asks if we’re ready to make changes around guns and gun-related research.

Last month in Orlando, 49 people were killed and 53 injured in a shooting at a gay nightclub. When this terrible event occurred, the United States had already experienced more than 100 mass shootings since the start of the year. And unfortunately, as we’ve seen in recent news, the gun violence continues.

We’ve known for decades that more guns mean more deaths. A seminal study from 1993 by Drs. Arthur Kellerman and Fred Rivara, Group Health Research Institute (GHRI) affiliate researcher, linked gun ownership to homicide in the home. GHRI Affiliate Researcher Dr. Amy Bonomi recently reviewed the dangers of firearms in domestic violence situations. Two-thirds of gun deaths are suicides, which is a major focus of Dr. Greg Simon’s research. What will it take for us to get serious about this evidence and decide that easy access to guns is not worth the lives of so many Americans? When and how will things change?

I’m seeing signs that more people are demanding action on this issue. In response to the Orlando shooting, support for the LGBT community surged. An estimated half a million people attended the Seattle Pride Parade in late June. The American Medical Association (AMA) declared U.S. gun violence a public health crisis. The AMA, the American Academy of Pediatrics, the board of the New England Journal of Medicine, and other organizations are pushing Congress for gun control legislation and funds for gun violence research. Politicians are listening. Recently, Senator Chris Murphy of Connecticut and Representative John Lewis of Georgia disrupted Congress to call for votes on gun laws.

These events are particularly meaningful in light of last month’s Birnbaum Lecture by Baltimore City Health Commissioner Dr. Leana S. Wen. (See highlights from Dr. Wen’s talk, or her full talk, part 1 and part 2.) Dr. Wen spoke passionately about how social factors such as safe neighborhoods are the most critical contributors to health. She advised simple, specific actions we can all do to improve social determinants of health.

For example, Dr. Wen reminded us to always make the case for health when developing public policy. With more than 30,000 firearm deaths a year, arguing that gun violence is a health issue is not difficult. Dr. Wen called on us to speak up and speak out. That is what we do when stand against violence, racism, and discrimination. Encouragingly, reducing gun violence was the most talked-about issue when Dr. Wen met with public health representatives and local advocacy groups in a session hosted by Group Health Executive Vice President of Marketing & Public Affairs and President of the Group Health Foundation Diana Rakow.

I sense a strong consensus in our local community—signaling a possible “tipping point” around gun violence.

What else can we do to respond to the shootings in Orlando and other cities? As individuals, we can take actions that make our communities safer. To my fellow health care professionals: Let’s remember to watch for signs that our patients might be at risk of harm from guns. Let’s protect people who are vulnerable to discrimination because of their racial or ethnic group, religion, sexual orientation, or gender identification.

To my GHRI coworkers: Let’s remember to celebrate our diversity. Please get involved in activities that make our communities more inclusive and inspire you as a citizen. Please know that GHRI supports you when you stand up for social justice.

As I send this, I’m in London, where I’m experiencing a different political atmosphere as the residents ponder their relationship with the European Union. I’m participating at a Lancet Commission meeting where we are finalizing a major paper on Alzheimer’s disease and dementia.  My topic is resilience and I’ll have some thoughts about that next month. Until then, I want to point out that although our commission is sponsored by the United Kingdom, it has involved widespread cooperation and engagement across the European Union, Canada, and the United States. No matter what happens with Brexit, a strong sense of common purpose is alive and well in people just like us around the world. We’re working together to improve health through research, policy development, and our own actions.