The 1 percent’s longevity: income is not the only inequality 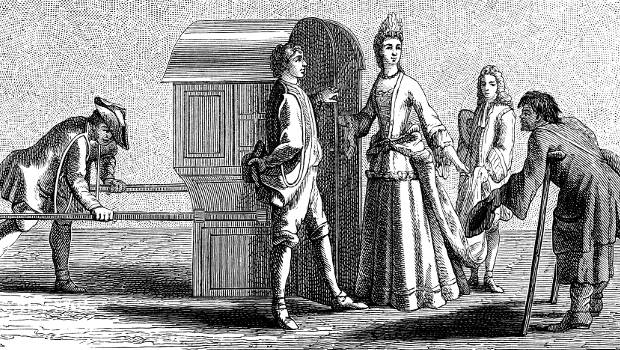 How does a study of more than 1.4 billion tax records and 4 million deaths show us ways to improve disparities? Dr. Eric Larson explains.

The wealthy live longer than the poor. We’ve known this since studies from the 1800s in France, England, Poland, and elsewhere. However, a new study in the Journal of the American Medical Association goes beyond merely confirming the connection between money and lifespan. It reveals ways to narrow the longevity gap between Americans in the lower and upper income brackets.

The study by Chetty et al. confirms what we've known for nearly two centuries about income and mortality, but with more and better data. Income information was from U.S. tax records from 1999 to 2014 and mortality data was from Social Security records. The relationship between wealth and survival held across the entire income distribution. A difference of 14.8 years separated the life expectancies of the poorest one percent and the richest one percent.

For me, the most alarming—but unfortunately not surprising—finding was that inequality in life expectancy between people with low and high income actually increased from 2001 to 2014. People in the top five percent in income gained three years in longevity while the bottom five percent experienced no gains. (To illustrate how dramatic a three-year increase in lifespan is, the study authors cite an estimate that overall U.S. life expectancy would rise by 3.2 years if we eliminated all cancer deaths.) Lifespan also depended on where people lived: In some geographic areas, it actually decreased.

Seeing an opportunity in the data

Income inequality is now recognized by all policymakers and politicians as a major problem that we need to address. Minimum wage is a topic of national debate. This new evidence shows that during a time when income disparities in the U.S. increased, the longevity divide also widened. This is an opportunity to bring health policy into discussions about income equality. Action now could reduce future disparities, not only in economic status but in mortality. Fortunately, the Chetty et al. study contains hints about how and where to focus public health actions.

In the study, variability in lifespan among low-income neighborhoods was most strongly connected to obesity and behaviors like smoking and exercise. Among people with low income, longer life expectancy was linked to living in an area with high levels of education and government expenditures. These results suggest that work at the level of community health represents the greatest opportunity, especially in lower-income communities, to bring everyone progressively closer to the longevity achieved by the one percent. Efforts that confront high levels of smoking and obesity and raise exercise and education, if successful, would almost certainly bend the trajectory of disturbing trends in lifespan inequality.

The rising economic gap between rich and poor is alarming. Now, this important paper and three accompanying commentaries (see previews for these editorials from Dr. Angus Deaton, Drs. Steven H. Woolf and Jason Q. Purnell, and Dr. Michael J. McGinnis) confirm what we've known for what seems like forever about income and health: Poverty leads to poor health and poor health habits are increasingly concentrated among lower socioeconomic groups. Clearly, improving the socioeconomic well-being of Americans is a desirable goal. But to my way of thinking, we must also address another component of well-being—the opportunity to lead a healthy life—and address this factor across the life course. The Chetty et al. study shows us how practical, common-sense community health work can achieve the greatest gains toward this goal.