Patient engagement changes lives, one conversation at a time 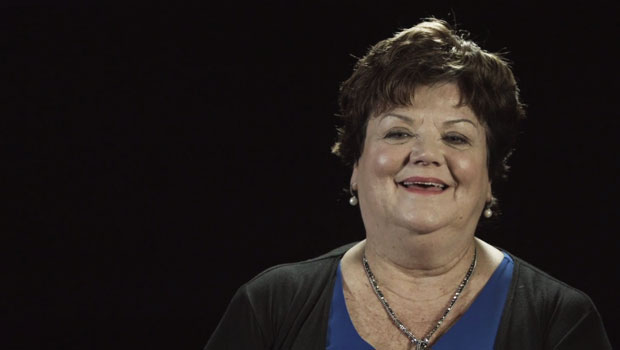 RN Sue Ruedebusch writes how a GHRI study changed her relationship with patients, her views on alcohol, and a certain veteran’s life.

I’ve been a nurse for more than 40 years, but working on a recent Group Health study completely changed my practice. It also made me think differently about alcohol misuse. My views about unhealthy drinking were based on my work and family experiences. My brother was paralyzed from a car accident that happened when he was drunk. He spent 25 years in a wheelchair and died much too young. Others in my extended family continue to struggle with alcohol issues.

Like most people, I thought that patients with alcohol problems had to “hit rock bottom” before they could change. As a nurse, when I had patients who abused alcohol, I referred them to their primary care provider, who gave them information about 12-step programs such as Alcoholics Anonymous. That path has helped thousands of people. But after working in the Considering Healthier Drinking Options In Collaborative Care (CHOICE) study, I know that patients with unhealthy drinking should have other options.

CHOICE used a collaborative approach to help primary care patients with unhealthy alcohol use. A team of physicians, addiction psychiatrists, and psychologists supported registered nurses in engaging patients in talking about their drinking. I had experience with this approach from the TEAMcare study of collaborative care for depression and other chronic diseases. The CHOICE study built on that legacy, so I was happy to participate when invited by Group Health Research Institute Senior Investigator Dr. Kathy Bradley, who led the project.

Dr. Bradley conducted CHOICE at Veterans Affairs (VA) Puget Sound Health System, which has been screening primary care patients for unhealthy alcohol use for years. My role was having weekly phone or in-person visits with veterans who had unhealthy drinking. I engaged them in nonjudgmental conversations, asking them, “How does alcohol fit into your life?” I asked if they wanted to talk about changing their behavior around alcohol. If they said no, that was fine. I’d ask if we could just continue talking.

Study participants were surprised that I wasn’t going to judge or lecture them. I was surprised at how much we accomplished in a year. Many of my contacts with participants were brief calls. Usually by the third visit or call, they would let down their guard and we’d talk about goals they might have around drinking. After a few more calls, they might start thinking about how their world could change without alcohol.

A patient sets and achieves a goal

I remember one participant who was very bitter and isolated. He agreed to be in the study only for the few dollars of compensation. He made it clear he didn’t want to talk about drinking, so my collaborative care team and I came up with the strategy of not asking him directly about alcohol. In our short weekly calls, I’d ask this man what he’d been doing. I noticed his voice light up when he talked about television programs.

We eventually talked about money and, little by little, calculated that alcohol cost him 50 percent of his income. He didn’t realize it was that high. Eventually, he made a goal and a plan to drink less and use the money he saved for a new television. The day that he had enough was a big day in his life, and he accomplished that goal on his own. He didn’t stop drinking, but he reduced his alcohol consumption by about a third.

CHOICE had other success stories, as well as patients who were hospitalized and a few who died from complications related to alcohol use. But CHOICE, TEAMcare, and other projects that nonjudgmentally engage patients are changing clinical care. They’re showing how respectful relationships between providers and patients can guide patients to their own decisions about improving their health and their own ways to get there.

Now, I’m working with veterans with lung cancer. They have different needs than the CHOICE patients, but I still use the patient-engagement skills I learned from the GHRI collaborative care studies. After CHOICE, my attitudes around alcohol misuse changed, and so did the way I care for all my patients. 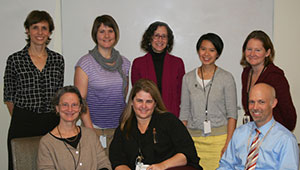 GHRI researchers are partnering with leaders in Behavioral Health Support Services at Group Health to revolutionize care for unhealthy alcohol use.