This flu season is bad — get vaccinated! 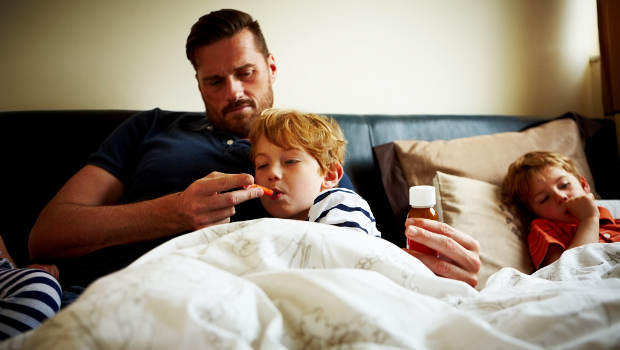 Here in Washington state, we are experiencing one of the worst influenza seasons in recent memory. Through February 4, there have been already 172 confirmed deaths due to flu in Washington, compared to an average of 69 deaths per year over the previous six years.

If you — or anyone in your family age six months or older — haven’t been vaccinated against flu this year, the vaccine can still reduce your risk.

At Kaiser Permanente Washington, we have been conducting flu surveillance as part of the United States Influenza Vaccine Effectiveness (U.S. Flu VE) Network for six years. This season has been the most intense we have seen since we started participating in the 13-year-old network. This year, up to 57 percent of patients with acute respiratory symptoms have tested positive for flu; the previous record was 40 percent. Our surveillance has found that most flu infections so far have been with the A(H3N2) strain of flu, which tends to cause more infections — and more severe infections — than other flu strains.

In addition to causing more severe infections, A(H3N2) strains are also more likely to cause problems for flu vaccines. We saw this most recently in the 2014–2015 season, when a new A(H3N2) variant emerged after that year’s vaccines were already in production. As a result, the 2014/15 vaccine offered minimal protection against A(H3N2) viruses.

Thankfully, the situation is better for this year’s flu vaccines. Based on data collected through February 4, the U.S. Flu VE Network estimates that flu vaccine reduces the risk of flu disease by 48 percent (with a range of 37 percent to 57 percent). In other words, getting vaccinated can cut your risk of getting flu almost in half. That’s slightly worse than the flu vaccine’s effectiveness in a good year, but it’s much better than no protection. And even though it looks like we have passed the peak of flu season here in Washington, flu is still spreading widely.