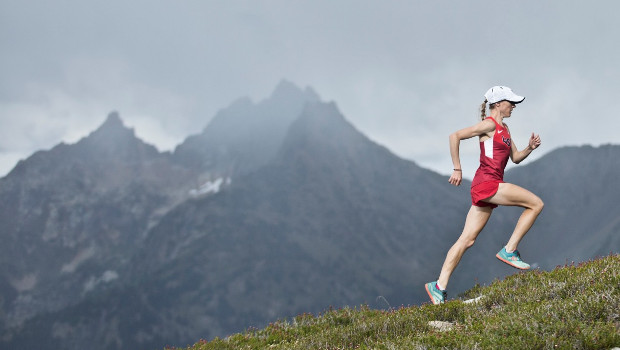 Ladia Albertson-Junkans will be in Italy next week, running for Team USA at the International Association of Ultrarunners Trail World Championships

In her day job, Ladia Albertson-Junkans is a programmer analyst for Kaiser Permanente Washington Health Research Institute (KPWHRI). But on weekends, you’ll find her running through the mountains. This summer she takes that passion to Italy representing Team USA.

Albertson-Junkans’ next big race will be in the mountains of Badia Prataglia, Italy at the International Association of Ultrarunners (IAU) Trail World Championships. She is one of six women who will represent Team USA on the grueling 50K course June 10, 2017. To put that 31-mile distance in perspective, it’s like running across every single beach in Maui, except with 2500 meters of climbs and descends.

In the past, Albertson-Junkans has competed in Bulgaria and Scotland as part of the U.S. Women’s track and field team, but the IAU Trail World Championships will be her first international ultra race.

Albertson-Junkans hasn’t stopped running since she was introduced to the sport through her high school cross-country team. She ran for the University of Minnesota while studying child psychology and completing a master’s degree in public health. Later, in the professional leagues, she raced with Team USA Minnesota. Throughout her running career, Albertson-Junkans has earned several top-10 finishes at national road race championships.

Albertson-Junkans’ most recent win, the Chuckanut 50K in Bellingham, Wash., qualified her to be a part of the world’s ultra trail running team. The upcoming international competition will mark her second time running a 50K race through the mountains.

Albertson-Junkans took her racing off the beaten path several years ago and she doesn’t fit the typical profile for someone who runs the distances she does. Some weeks she might run 35 miles while others might add up to more than 60. When asked for running advice, she’s not a fan of strict schedules. “I’ve found with running that it’s such an intrinsically rewarding activity. You can really let your body be your guide and do what feels right for you and what feels fun to you because if you’re enjoying it you’re more likely to keep doing it,” says Albertson-Junkans. “So for me it’s just been a lot about finding fun ways to do it and that keeps me getting out the door every day.”

Washington’s beautiful mountainous terrain lured this trail runner from Minnesota. “My partner and I moved out to Washington back in 2015 from Minnesota in large part because we had an opportunity for the first time to live close to mountains,” says Albertson-Junkans. “I had this great job opportunity to work at Kaiser Permanente, so we decided to make the move halfway across the country.”

Albertson-Junkans has felt at home working at KPWHRI since the first all-hands meeting she attended. She says, “Seeing the positive work the team had done is what really solidified for me that I had made the right choice in coming here. As important as doing meaningful work is, I also think the environment in which you work is equally, if not more, important.”

Programmer analysts at the Institute work closely with the data that come through the insurance claims and health care system. Albertson-Junkans’ current work is timely since it involves cracking down on opioid abuse. While she is passionate about public health, you’ll still find her in the mountains on the weekend.