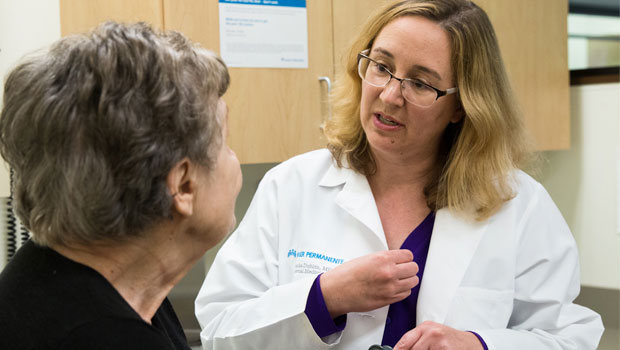 Dr. Dublin explores what this reassuring finding from the Kaiser Permanente-UW ACT study means for patients with acid reflux

Many patients have acid reflux, and a large proportion take medications called proton pump inhibitors (PPIs). Lately, some research findings have made them feel like they’re facing a catch-22 of choosing between symptom relief and safety.

For instance, some of my patients have come to me with an increase in their symptoms from heartburn or gastroesophageal reflux disease (or GERD). They’ve told me that they stopped taking PPIs like omeprazole (Prilosec) because they or their other health care providers have heard news reports about studies linking PPIs to potential risks, including pneumonia, fractures, and dementia. The findings about possible dementia risk are among the most recent and have been particularly alarming to my patients.

I’ve been doing research about the possible risks of PPIs for many years. Our first paper on this topic was published in 2010 and showed that PPIs did not actually increase pneumonia risk — in contrast to several earlier papers on the topic. A careful review of past studies taught me that many of them did not adjust well enough for illnesses and conditions that make people high risk for pneumonia, and I became convinced that prior reports of this PPI risk had been overblown. Some other well-done studies have not found an association between PPIs and fracture risk, either.

Now I’m glad that I can also reassure my patients about dementia risk, based on my own research — and offer them a chance to get back on a PPI if symptoms are bothering them. With colleagues including Shelly L. Gray, PharmD, MS, I recently found that developing dementia, including Alzheimer’s disease (the most common form of dementia), did not appear to be linked to taking PPIs. Dr. Gray is the Shirley & Herb Bridge endowed professor at the University of Washington (UW) School of Pharmacy. The Journal of the American Geriatrics Society published our study as “Proton Pump Inhibitor Use and Dementia Risk: Prospective Population Based Study.”

We reviewed information from the joint Kaiser Permanente-UW Adult Changes in Thought (ACT) study, which so far has enrolled more than 5,000 Kaiser Permanente Washington members aged 65 and older. We used information from the ACT study to see how many participants took PPIs — and for how long. Overall, nearly 1 in 4 participants developed dementia, including 670 with possible or probable Alzheimer’s disease.

We found that people with the heaviest use of PPIs — equivalent to 5 years of daily use at typical doses — did not have a higher risk of developing dementia than people with no use. While some other safety concerns with PPI use might be real, results from our study suggest that dementia is not linked to taking a PPI.

Why the different results?

As both a doctor and an epidemiologist, I feel privileged to be able to bridge both worlds. I get to care for my patients and also conduct new research — and interpret studies by others and share them with my patients and colleagues.

Like many other researchers, I’ve had my doubts about the studies questioning the safety of PPIs, because they may not correctly measure the supposed connection. In randomized controlled trials, patients are randomly assigned to receive one treatment or another (or no treatment). This means that exposed and unexposed patients are very similar. As a result, such trials are in many ways the “gold standard” for medical research. But they aren’t typically useful for studying medication risks because they usually aren’t large enough. Also they often exclude the oldest and sickest patients. So to understand medication risks, we must learn to interpret and make use of evidence from observational studies of varying quality.

Most prior studies used only administrative (also called “claims”) data. If a patient’s electronic chart had a code for dementia, they were considered to have the disease; and if not, then not. But nationwide a large proportion of people who actually have dementia have not been diagnosed, so their charts lack this code. That means that people who rarely visit the doctor may be more likely to have undetected dementia. Meanwhile, dementia is more likely to be detected in those people who make frequent clinic visits, for example for symptoms such as heartburn. That discrepancy may be the source of the supposed link between PPIs and dementia risk.

By contrast with most previous studies, the ACT study is much more rigorous about determining whether people have dementia. All ACT study participants had no dementia at the beginning of the study and were followed for an average of more than seven years.

We screened participants for dementia at the beginning of the study and then every two years. For those who had an abnormal screening result, we gave them complete evaluations to measure their abilities to think and make decisions. We gave the participants diagnosed with dementia follow-up tests to confirm the diagnosis. And our information on PPI use was similarly rigorous, because we have such thorough electronic pharmacy records for our patients — usually going back at least 20 years and sometimes almost 40.

Generally it’s good to study big populations, and administrative data let you do that. But one downside is that small effects may look statistically significant when populations are so very large. These “effects” may not matter clinically, and the amount of bias in the data may be large enough to create apparent effects that we would find were not really true if we had more accurate data.

Our research is important, because up to 1 in 5 older adults report having used a PPI.

Along with Dr. Gray and me, our colleagues on this research are Paul K. Crane, MD, MPH, a UW School of Medicine professor of medicine and KPWHRI affiliate investigator; and Eric B. Larson, MD, MPH, Rod L. Walker, MS, Onchee Yu, MS, Erin J. Aiello Bowles, MPH, and Melissa L. Anderson, MS, all of KPWHRI. The National Institute on Aging (grant U01AG00678) supported this work.

Some behavior changes can help ease acid reflux, like eating smaller meals, losing weight, and not eating for a few hours before bed. But I’ve had many patients who’ve still had bad acid reflux, despite making these changes.

If patients feel a PPI is helping them, I don’t believe that they should stop taking it because of past reports that these medications might increase the risk of dementia. If you’re concerned about any risks associated with PPIs or your other medications, you can make an appointment with your health care provider to review your treatment plan. You and your care team can work together to determine whether any changes are in order. Of course, you should never change your medication or stop a treatment before speaking to a health care professional first.