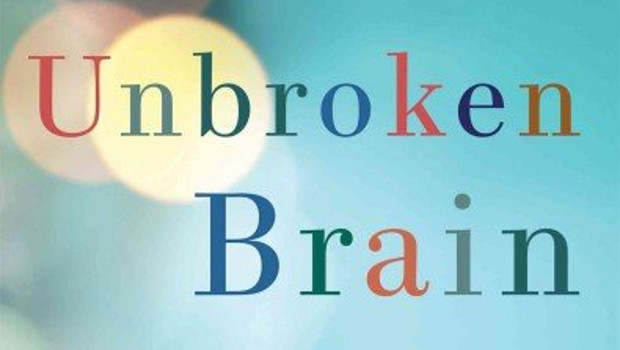 A science journalist living with addiction says it may be a learning disorder. Virginia Immanuel reviews Maia Szalavitz’ book about comprehensive addiction solutions.

Quick! Add Unbroken Brain: A Revolutionary New Way of Understanding Addiction to the list of books every policymaker should read. This richly researched book on addiction is not just for politicians, though. It is for anyone interested in today’s heated debates about safe injection sites, marijuana legalization, appropriate penalties for drug crime, and other issues around drugs, including opioids.

Author Maia Szalavitz recovered from cocaine and heroin addiction 25 years ago. In Unbroken Brain, she weaves her personal narrative with the latest science on brain chemistry and addiction physiology; the history and political underpinnings of laws on mind-altering drugs (including coffee, nicotine and alcohol); the impact of national and international policies on addiction; a hard look at 12-step programs, and a review of promising treatment approaches.

The author credits her recovery to the support of her family — and to white privilege. She is painfully aware that her situation could have ended very differently, and this has driven her to seek and promote a more effective national response.

Szalavitz grounds her work in a thorough exploration of the psychology and physiology of addiction. She comes to some unconventional conclusions. For one, she argues that addiction should be viewed as a learning disorder rather than a disease. She points out that normally, people learn to avoid bad outcomes, yet extreme penalties such as overdoses, job losses, and broken relationships do not deter some people with addiction. She explains the psychology behind this phenomenon, such as how habits form. She asserts that behaviors such as drug-taking should be viewed as the symptom of a problem rather than the problem itself. She upends the view that some drugs are immediately addictive, and instead delves into the characteristics that cause some people to develop addictions while others avoid them.

The inequity of drug policies

Turning to the political, Szalavitz presents a disturbing history of U.S. drug policy, its motivation, and its effect. In the late 1800s, federal and state legislators reacted to powerful anti-immigrant and racist public sentiment by passing laws banning cocaine, opium, and marijuana — except in “tonics” popular in wealthy society. Over the years, penalties were made harsher and meted out disproportionately on minorities. This approach has been ineffective in reducing addiction but remarkably effective in selectively oppressing communities of color.

Szalavitz makes a convincing case that our drug laws are motivated by racial animus rather than promotion of public health. But even compassionate, well-meaning approaches cause harm if they are ill-informed. For example, “tough love,” touted in the 1980s and 1990s, turned out to be ineffective since people with addictions typically don’t change from punishment. Likewise, the “Just Say No” campaign appealed to moralists, but hyperbole undercut the message, especially among young experimenters who quickly determined that the presenters were uninformed.

The need for science-based treatment

Szalavitz devotes an excellently written chapter to 12-step programs, an approach that awkwardly blends moralism with behavior change techniques. Launched in 1935 as part of Alcoholics Anonymous, the 12-step program continues to be used today in some 80 percent of addiction-recovery programs. Problems Szalavitz exposes with 12-step include that its structure can promote abuse, especially of young or female participants, and concepts such as the need to “hit bottom” are based on fallacy and lead to misguided interventions. To today’s ears, 12-step sounds woefully outdated: It is based on a theology that says participants have no power, have done wrong, and must make amends. At least most 12-step programs nod to the idea of addiction as a disease rather than a moral failing.

Nonetheless, Szalavitz takes issue with medical professionals prescribing recovery services based on 12-step methods. She points out that doctors would never prescribe prayer and making moral inventories to treat other behavioral disorders. However, she does not call for abandoning 12-step in its entirety. It can be an effective way to treat learning disorders, she writes. Research is needed to pinpoint the components that are effective and predict which populations will be most likely to benefit.

Szalavitz is a strong proponent of harm-reduction strategies, including safe injection sites, and gives compelling testimony to the healing power of compassion and respect. She presents evaluations of new approaches to identify at-risk teens and set up effective interventions for them. She calls for scientists to devote more energy to evaluating addiction prevention and treatment approaches — a specialty of behavioral health research at KPWHRI — and she calls on opinion leaders to advocate for evidence-based policies to reduce addiction, rather than policies based on fear and prejudice.

After vividly spelling out the devastation that comes from basing drug policy on instinct, prejudice, or uninformed assumptions, Szalavitz closes the book with an action list:

This last action, especially, is where KPWHRI researchers can contribute. Now, let’s get busy!