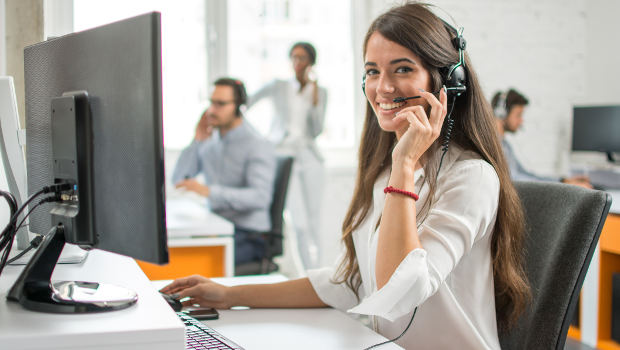 Most research in this area tests if dental care providers can counsel smokers to quit. Instead of partnering with dentists, KPWHRI Senior Investigator and Director of Research, Faculty & Development Jennifer McClure, PhD, worked with Optum (formerly Alere Wellbeing), the leading provider of state-funded tobacco quitlines.

Dr. McClure previously found that smokers calling the quitlines had low rates of getting dental care. They also had poor oral hygiene and high rates of self-reported oral health problems. Most callers are socioeconomically disadvantaged and may not have dental insurance or know how to find affordable dental care. Dr. McClure’s new study, funded by the National Institute of Dental and Craniofacial Research and published in American Journal of Public Health, tested if a program called Oral Health 4 Life (OH4L) improved dental care while promoting smoking cessation.

Dr. McClure’s project had more than 700 participants who enrolled in the Oregon, Nebraska, or Louisiana quitlines. These states were chosen for two reasons. “We wanted to reach a diverse population,” Dr. McClure says. “We also needed quitlines that offered similar tobacco programs so we could compare results across sites.”

The study population was a diverse group, primarily of lower socioeconomic status: 42 percent were nonwhite or mixed race, 87 percent had an annual household income under $40,000, 15 percent had a college degree, and 47 percent were employed. Most smoked about a pack a day and more than 80 percent had not seen a dentist in over a year.

Eligible quitline callers were randomly assigned to one of two groups. One group received the usual quitline care focused on tobacco cessation, plus general-health text messages about diet and exercise. The other group received usual care plus the OH4L program. OH4L included counseling from quitline coaches trained in the program, additional information online and by mail, and a package with a toothbrush, floss, and sugarfree gum with xylitol, which reduces bacteria and promotes gum health. OH4L participants also received text messages promoting better oral health care. The intervention emphasized seeing a dental health professional and provided information about local low-cost dental providers.

The study was semipragmatic, meaning that some elements were controlled, such as monitoring for consistent delivery of the oral health information and collecting outcomes using standardized measures and endpoints. Overall, though, the study was conducted under real-world conditions: Participants were recruited after enrolling in their state quitline and the intervention was delivered by the quitline coaches. “This type of design is critical to understanding how well interventions really work,” Dr. McClure says.

Before launching the trial, Dr. McClure talked with state officials who purchase quitline services. These stakeholders and others were supportive of OH4L, but emphasized that it should not undermine smokers’ ability to quit.

OH4L did not prevent smokers from quitting. “In fact,” Dr. McClure says, “the data suggest our oral health intervention may have helped motivate people to quit and remain abstinent.” People in the OH4L group had 29 to 37 percent increased odds of quitting smoking at 6 months compared to the usual-care group. Differences in quit rates at 2 and 6 months were up to 6 percent higher for OH4L than for usual care. “We take the results as an encouraging sign that the program is worth further exploration,” Dr. McClure says.

The OH4L group did not increase their use of professional dental care compared to the control group getting usual care and general health messages. About 18% of both groups saw a dental provider during the 6-month study period. “It’s surprising that so many people in the control group saw a dentist,” Dr. McClure says. “Maybe just being in a study about oral health was a nudge to make an appointment.” She stresses that more work needs to be done to determine how to best get smokers to see their dentist.

The OH4L study demonstrated the potential of partnering with quitlines to address behaviors other than smoking. “The quitlines are a well-established public health resource,” Dr. McClure says. “Our study shows we can leverage the quitline infrastructure to help smokers make positive health changes without necessarily disrupting their efforts to quit. If anything, it may make it easier.“

Findings from this study will be presented at the annual meeting of the Society of Behavioral Medicine in New Orleans. Dr. McClure and her team are currently examining other effects of OH4L on smokers’ daily oral hygiene and other outcomes.