What do patients understand about dementia prevention? 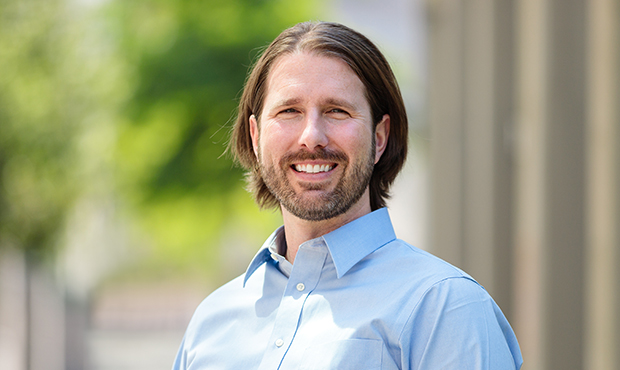 With such a large proportion of the population now approaching old age, pressure is on to help people optimize their brain health, including preventing dementia.

University of Washington (UW) Assistant Professor of Pharmacy and KPWHRI Affiliate Investigator, Zach Marcum, PhD, recently conducted a survey of a group of Kaiser Permanente Washington patients to find out what they know and want to know about dementia prevention. Although Marcum’s analysis is still underway, we talked to him about this survey and his perspective on the current state of dementia prevention.

Why did you originally get into the study of dementia/geriatric sciences?
Zach:
​​​​I’ve been involved in geriatric research, mostly related to medications, for several years now. I study how we can make them safer and more optimal in older adults. As a pharmacist, I felt that the geriatric population was where I could have the biggest impact.

You recently did a survey of KP Washington members about their understanding of brain health. What inspired you to do this project?
Zach: ​​Last year, there were three major reports that came out on Alzheimer’s disease and dementia: a Lancet report, a National Academy of Sciences report, and a “global action plan” from the World Health Organization. It was this surge of evidence, of best practices, that told us what the experts were thinking. I wanted to know, what do the patients think, believe, and know? That was the impetus behind this survey.

Who took your survey?
Zach: We sent an invitation to complete the survey to KP Washington members via the health system’s consumer newsletter. We got 1,661 responses. About 64% were between 51 and 70 years [old]. About 80% were female. I am now actively writing up the results.

What kinds of questions did the survey ask?
Zach: Some examples include:

Although you are still working on your analysis, are there any preliminary findings you can share from the survey responses now?
Zach: The overwhelming majority strongly or somewhat agreed that it is possible to reduce one’s risk of developing dementia. However, a substantial number of participants reported that they were not very or not at all confident that they could take action now to reduce their risk of Alzheimer’s disease or other forms of dementia. So, we may have an opportunity to help people better understand that they may be able to take steps at any age to prevent cognitive decline.

Which current dementia-prevention strategies are thought to have the greatest impact on decreasing risk?
Zach: There’s no silver bullet. In fact, I was recently at the Alzheimer’s Association International Conference in Chicago, and some of the more promising results are coming from interventions that use a multi-modal intervention. There was a trial called FINGER, which was a two-year intervention of diet, exercise, cognitive training and vascular risk monitoring. So, a combined approach seems more likely to move the needle. It’s not one risk factor; it’s targeting multiple different domains to reduce overall risk that accumulates over time.

What do you tell people about dementia prevention who have risk factors that can’t be changed, such as diabetes or hearing loss?
Zach: That was actually one of the concepts that I wanted to get at in my survey. I wanted to know, what do people think? The Lancet Commission report on dementia said that up to one in three cases of dementia could be prevented. But I wanted to learn, what proportion does the general public think is modifiable?You’ve got to work on the risks you can change. We are all dealt a certain risk for any given disease. The more we learn about the modifiable risks, the stronger our public health messaging can be to take action. As new evidence comes out, the messaging will hopefully be more personalized and tailored.

Are you doing anything with the pharmacy community about communication regarding dementia prevention?
Zach: I’m hoping with the publications from the survey, I can champion that. Independently, pharmacists are increasingly being recognized as [health care] providers. So, I’m hoping, with that responsibility, pharmacists can be the voice of preventive messages as well.

What advice would you give readers who want to start a “dementia prevention regimen” now?
Zach: I think the important first step is to educate oneself on the most up-to-date evidence for dementia prevention. Key resources for this information are: the Alzheimer’s Association and the CDC Healthy Brain Initiative.

• The Centers for Disease Control and Prevention’s Health Brain Initiative

Dr. Marcum’s survey was funded as a career development award in Patient-Centered Outcomes and Research by the Agency for Healthcare Research and Quality (AHRQ).

For more information about other current research on dementia at KPWHRI, see this story.