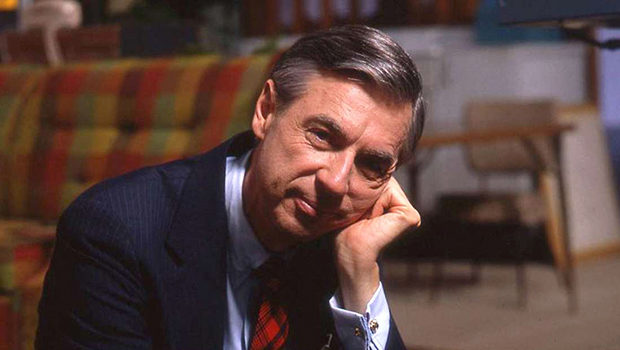 Like many people, I had known of Mister Rogers for a long time without truly understanding his appeal. My own sons may have watched his television show when they were little, but I was moving too fast in those years to spend time with them in that fabled neighborhood.

So it wasn’t until I saw Won’t You Be My Neighbor? — Morgan Neville’s poignant new documentary about Rogers’ life — that I learned why Rogers was so revered, and why his work should resonate for those who work in health care.

The 30+-year success of Mister Rogers’ Neighborhood was not due to technical wizardry or clever plot twists. To the contrary, Rogers made his mark simply by infusing his show with direct messages of love and caring.

Just as many in health care want to make their work more patient-centered, Rogers found a way to make children’s television more child-centered.

“When I look at the camera, I think of talking to one person at time,” Rogers once said. “The space between the TV and that person is very holy ground.”

Watching the Mister Rogers movie, I thought of a simple, wise quote from Dr. Francis W. Peabody, whose classic 1927 article states, “The secret of the care of the patient is in caring for the patient.”

In that spirit, I found at least six takeaways from the documentary that we might apply to our work in health care and health research.

1. Don’t be afraid to talk about difficult things.
Deeply interested in the psychological well-being of small children, Rogers encouraged them to talk with trusted adults about their anger and fear. He also taught ways to calm difficult feelings and heal our differences.

Rogers didn’t shy away from hard topics. From 1968 on, he recognized that children might be affected by crises like the war in Vietnam and racial conflict in American cities. The documentary shows a fearful puppet, King Friday, building a border wall — but then tearing it down in response to messages of reassurance and peace. At a time when TV news showed black children being thrown out of public swimming pools, Mister Rogers produced an episode in which he invited an African-American policeman to cool his feet in his neighborhood’s shared wading pool.

Today, we might say that Mister Rogers was addressing “social determinants” of children’s well-being, an area rich with opportunity to soothe, teach, and heal. In this way, he’s a model for health scientists who see such social factors as important opportunities for health improvement.

2. Look beyond the surface to connect with others.
In one of the documentary’s most touching scenes, Rogers sings with Jeff Erlanger, a 10-year-old who became quadriplegic after surgery for a spinal tumor.

“It’s you I like,” Rogers sings and Jeff spontaneously joins in. “Not the clothes you wear. Not your fancy chair…I hope that you’ll remember even when you’re feeling blue, that it’s you yourself, it’s you I like.”

The scene is an inspiring reminder of the potential we all have to look beyond our differences — whether in abilities, race, nationality, gender, sexual orientation, or other factors — to find our common humanity and connect with others. What could be more essential for health care?

3. Stay open to positive influence.
The documentary also points to challenges Rogers experienced in accepting people as they are — and how he overcame them. This was demonstrated with Francois Clemmons, the actor who played the policeman in Mister Rogers’ neighborhood and who is gay.

In the late 1960s, Rogers asked Clemmons to hide his sexual orientation to avoid potential scandal for the show. By 1974, however, Clemmons came out and Rogers decided to stick by his friend and keep him in the cast. Although Rogers never talked about Clemmons’ sexual identity on screen, he later produced episodes about the AIDS crisis and invited openly gay people as guests.

News accounts say anti-gay groups sometimes called upon Rogers, an ordained Presbyterian minister, to speak out against gay rights. But he refused, saying only, “God loves all of us just as we are.”

4. Take time to be a good listener.
Mister Rogers’ Neighborhood was a much slower and quieter place than we were used to seeing on television. But sources in the documentary said the silence was not wasted space. Rogers realized if he wanted to communicate, the most important thing was to listen.

In a world where physicians on average are known to interrupt their patients 18 seconds into describing their symptoms, health care providers should take note.

Writes Vox reviewer Alissa Wilkinson of the documentary: “The film succeeds on the radically subversive and obvious notions we learned when we were children: that being nice is not a weakness; that speaking with care is a thing we do simply because we believe that the person we’re talking to is a human being with worth and dignity.”

Many in health care who focus solely on the needs of others might do well to adopt his example of self-care, which no doubt fueled his creativity and effectiveness.

Rogers also loved numerology. His favorite numeral was 143 because it reminded him of the phrase “I (one letter) love (four letters) you (three letters).” Combining these interests, he maintained a body weight of 143 pounds for most of his adult life. Not bad, especially considering he was overweight as a child and sometimes teased for it.

6. Live from our best values of love and kindness.
Rogers’ success, however, was rooted in elements deeper than self-discipline and professional excellence. He was a radical figure who worked to make television a force for greater goodness.

“The most radical thing about him was his unwavering commitment to the value of kindness in the face of the world that could seem intent on devising new ways to be mean,” wrote New York Times reviewer A.O. Scott. “‘Let’s make the most of this beautiful day,’ he would sing at the start of each episode.’ He made it sound so simple, but as if he knew just how hard it could be.”

Rogers was never one to turn away in fear or discouragement, however. Toward the end of his life, he said, “Let’s take the gauntlet and make goodness essential in the next millennium.”

It’s a tall order from a man who talked primarily to such short people. But in this case, I believe he was speaking to us all, not the least of whom work in health care and health research.