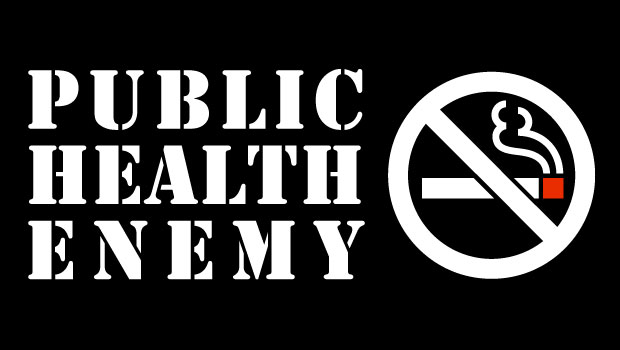 Dr. Jennifer McClure applauds the American Cancer Society’s recent strike against tobacco that burns. And she unpacks its evidence-based stance on e-cigarettes.

The American Cancer Society (ACS) announced recently that eliminating cancer caused by combustible tobacco use is its highest public health priority. This announcement recognizes the disproportionately large role that tobacco use plays in causing death and illness in the United States.

Depending on where you live and your city’s smoking laws, it is easy to forget that tobacco use continues to plague our nation, but in 2016, 15.5% of all adults were smokers. This rate is even higher among specific ethnic, racial, and socio-demographic sub-groups.

Smoking is responsible for about 480,000 deaths per year in the United States. Let that sink in — use of combustible tobacco products kills nearly half a million Americans annually. To put this in perspective, according to the Centers for Disease Control and Prevention, in 2016 146,571 people died from accidents, 140,323 from a stroke, 110,561 from Alzheimer’s disease, 79,535 from diabetes, and 44,193 from suicide. These are some of the leading causes of death. So it’s easy to see why tobacco use is still touted as the number one preventable cause of death and illness in our country. Combustible tobacco use is public health enemy #1.

These statistics also support the ACS’s commitment to ending combustible tobacco use. In fact, this might seem like a no-brainer. Of course, the ACS wants to end tobacco use, but the notable part of their statement is the term “combustible tobacco.” In stating it this way, the ACS is drawing a clear distinction between use of tobacco that burns versus other forms of nicotine delivery devices such as electronic nicotine delivery systems (commonly referred to as ENDS or e-cigarettes).

ENDS heat liquids that contain nicotine, allowing the nicotine vapor to be inhaled. ACS points out that ENDS are the most common nicotine products used by youth today, fueling a new generation of people addicted to nicotine, many of whom will go on to smoke combustible tobacco.

ACS is clear in their commitment to prevent initiation of ENDS by youth and other adult high-risk groups including former smokers, non-daily smokers, or never smokers. They also clearly recommend against sustained dual use of both ENDS and combustible tobacco, but they do not make a statement about the use of ENDS as an alternative to combustible cigarettes.

This omission is understandable. It is hard to say whether current smokers should be advised to switch to ENDS. In the National Academy of Sciences’ recent consensus study report, Public Health Consequences of E-Cigarettes, the expert review committee determined that there is “conclusive evidence” that completely switching from combustible tobacco to ENDS reduces one’s exposure to toxicants and carcinogens and “substantial evidence” that this results in less short-term adverse health effects for some organs. Great Britain’s National Health Service goes so far as to encourage smokers to use ENDS to help them stop smoking. However, the National Academy concluded based on their review of the literature that there is “insufficient evidence” that ENDS are an effective cessation aid. So, while ENDS may be less harmful than combustible tobacco, switching to these products may not help people give up smoking. The data on this point are mixed. If switching does not help people quit tobacco, it could inadvertently lead to dual use, which experts agree is not advisable due to the health risks.

I applaud the ACS for doubling down on its commitment to end tobacco-related cancers and to deter the use of ENDS among those at highest risk for the adverse effects associated with these products. I also encourage anyone who smokes to talk with their health care provider about the best treatment options to help them stop. Stop-smoking treatment is a preventive care service available to all insured people as mandated by the Affordable Care Act, so affordable help is available. People can also call 1–800-Quit-Now to learn about free stop-smoking resources offered by their state.

For our part, Kaiser Permanente Washington Health Research Institute will continue to work to create and disseminate more effective and acceptable treatment programs to help the nearly 38 million Americans who smoke quit. This is a difficult task, but it feels a little less daunting knowing the ACS is redoubling their efforts to fight what continues to be our country’s number one public health enemy — combustible tobacco.