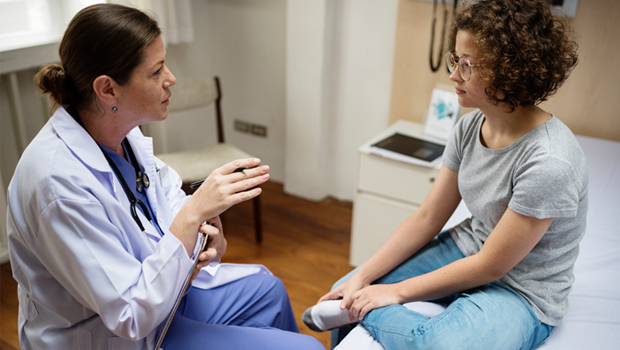 By Diana Miglioretti, PhD, a senior investigator at Kaiser Permanente Washington Health Research Institute and the Dean’s Professor of Biostatistics in the Department of Public Health Sciences, School of Medicine at the University of California (UC), Davis.

Simple, small ovarian cysts are very common, and doctors at Kaiser Permanente Washington — and at UC Davis — noticed that I had one. Standard practice used to be to surgically remove all these kinds of cysts. Back then, as many as one in 10 of all U.S. women had had surgery for a cyst. Even now, some guidelines still recommend following them with yearly surveillance ultrasound imaging. But my doctors were well-informed about the evidence base, so they didn’t tell me to get follow-up pelvic ultrasound imaging every year from then on.

Unfortunately, many other health care providers haven’t gotten the memo and still recommend annual follow-up imaging. Maybe that’s because ovarian cancer is so lethal, with 22,000 American women diagnosed with the disease — and 14,000 dead from it — every year. So everyone is eager to find some way to predict and prevent this disease. Also, when women have ovarian masses that look large or complex on ultrasound imaging, their risk for ovarian cancer can be elevated. (And if cysts become twisted or cause pain, they may need to be removed.) But several studies have shown that small simple ovarian cysts don’t raise this risk.

The latest — and largest — such study is reported in my new paper with colleagues including Dr. Rebecca Smith-Bindman, of the University of California, San Francisco (UCSF), and Eric Johnson: “Risk of Malignant Ovarian Cancer Based on Ultrasound Findings in a Large Unselected Population,” in JAMA Internal Medicine.

We conducted our large, retrospective cohort study of more than 72,000 women who had pelvic ultrasound at Kaiser Permanente Washington. Of those women, more than 1,000 had ovarian masses, and 210 were subsequently diagnosed with malignant ovarian cancer. This is the first study to explore ovarian masses’ prevalence and appearance as well as cancer outcomes from a comprehensive cancer registry in a well-defined, unselected population of women who had pelvic ultrasound.

We found that small, simple cysts were extremely common in pelvic ultrasound imaging of women both before and after menopause. Complex cystic or solid ovarian masses were far less common, but they were linked to significantly higher risk of developing malignant cancer. Importantly, we found that small simple cysts were not associated with any increased risk of being diagnosed with malignant ovarian cancer. We identified features that predict with high certainty that an ovarian mass is benign, carries no more risk of ovarian cancer than normal ovaries without any cysts — and requires no surveillance.

As more transvaginal pelvic ultrasound imaging is done, simple ovarian cysts are being found increasingly often. Follow-up surveillance of small, simple ovarian cysts is an example of unneeded testing, which can lead to a cascade of other unnecessary testing and biopsies, with resulting anxiety, inconvenience, and cost.

I’m glad I don’t have to undergo it — and I hope our paper will protect many other women from this unnecessary testing. I’m glad that our results can reassure women that their small, simple ovarian cysts are common, completely normal — and do not put them at any increased risk of ovarian cancer. And I hope our findings will also convince the remaining health care providers who are still recommending follow-up on small, simple cysts. I want women and providers to know that they shouldn’t worry about small, simple ovarian cysts.