Can being mindful and accepting help you stop smoking? 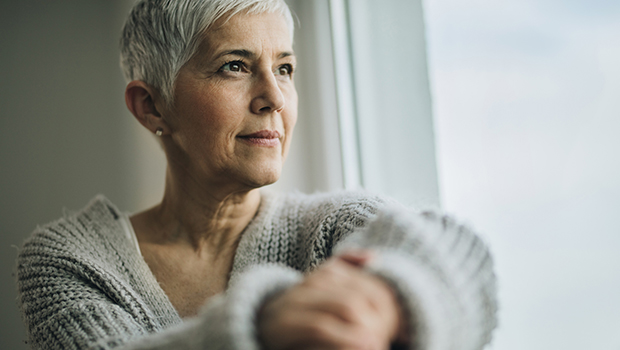 Research suggests that 'acceptance and commitment therapy' can be a viable alternative to standard care for quitting smoking.

Smoking may have been eclipsed in media headlines by the opioid crisis, but tobacco use remains the leading preventable cause of death and illness in the United States. An estimated 36.5 million Americans smoke, and tobacco use kills more than 480,000 people each year. Helping people successfully quit smoking continues to be an important public health priority.

But what’s the best approach to quitting? Most experts recommend using some kind of behavioral support, along with prescription medication that can help you cope with cravings and stress. The question is, which kind of therapy is best?

The most common behavioral approach for smoking cessation treatment is rooted in the principles of cognitive behavioral therapy (CBT). CBT-based interventions focus on identifying and altering the attitudes, beliefs, and behaviors that keep people smoking or cause them to lapse or relapse. CBT-based interventions typically include helping smokers understand their reasons for smoking and for quitting; problem-solving and coping skills training; and social support. Smokers are also taught to avoid situations that elicit cravings to smoke; to try to reduce or control the sensations, thoughts, and emotions that trigger their smoking; and to engage in distracting activities when they cannot avoid or control the stimuli that put them at risk for smoking.

CBT-based treatments are currently considered “best practice” and they are an effective strategy, particularly when combined with stop-smoking medications. However, CBT does not work for everyone. New treatments are needed. Ideally these new programs will be more effective than CBT, but at the very least, we hope to find treatments that are equally effective and can offer tobacco users more options to choose from. More options mean more people will try to quit smoking and, ultimately, more will succeed.

My colleagues from the Fred Hutchinson Cancer Research Center, Jonathan Bricker, PhD, and Jaimee Heffner, PhD, and I wanted to know whether group-based acceptance and commitment therapy (ACT) might be an effective alternative stop-smoking treatment.

ACT uses a mindfulness-based approach to teach people to be more accepting of their unwanted thoughts and behavior. People are encouraged to commit to actions that are consistent with their personal values and to remain committed to these actions even in the presence of difficult cravings, thoughts, or emotions. In the context of smoking cessation, smokers are taught to observe, acknowledge, and accept their cravings to smoke, their emotions, and their thoughts — and to allow them to come and go without smoking. People are also encouraged to identify what they value about not smoking and to use this to motivate a value-based decision to quit. Although CBT and ACT both focus on smokers’ thoughts and behaviors, they are conceptually distinct.

Based on promising preliminary findings, we expected that ACT would be equally, if not more, effective than CBT when both were delivered as a group-counseling program and paired with standard stop-smoking medication. To test this assumption, we conducted the PATH trial, the first research study to compare the effectiveness of these treatments. The trial was conducted with Kaiser Permanente Washington members.

We found that group-based CBT was more effective at the end of treatment (28% of ACT participants quit smoking vs. 44% of CBT participants). But after one year, there was no difference in abstinence rates (14% ACT vs. 18% CBT). The results were similar to another recent study we conducted, which compared an online ACT-based treatment to the National Cancer Institute’s CBT-based Smokefree.gov program. Both treatments in this study were similarly effective. Other researchers have also found mindfulness-based treatment programs to be similarly effective to CBT.

Taken together, the emerging evidence suggests being more mindful and accepting of one’s cravings and nicotine withdrawal symptoms may help people stop smoking. In the future, mindfulness-based programs may become more widely available and could offer tobacco users a much needed, alternative treatment option.

In the meantime, anyone interested in quitting smoking can call the national tobacco quitline at 1–800-QUIT-NOW for help. Members of Kaiser Permanente Washington can also receive CBT-based counseling and stop smoking medications by calling 1–800–462–5327.