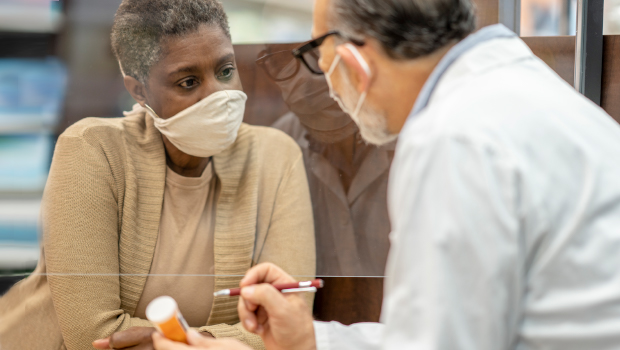 One of the most important ways to reduce dementia risk is to maintain cardiovascular health. That's why my advice to people committed to healthy aging — including avoiding dementia or slowing its progression — is to exercise, stay at your recommended weight, quit tobacco, control stress, and eat a healthy diet.

If untreated, hypertension, or high blood pressure, is a cardiovascular contributor to dementia. When hypertension can’t be managed with exercise, stress reduction, and diet, several antihypertensive medicines are available. Studies suggest that some medicines might be better than others at reducing dementia risk.

We tested this hypothesis in a study in Neurology led by our Amsterdam UMC collaborators and including KPWHRI Affiliate Researchers Zachary Marcum, PhD; Shelly Gray, PharmD, MS; and Paul Crane, MD, MPH. We divided hypertension medicines into two groups by whether they inhibit or stimulate angiotensin II (Ang-II), a hormone that regulates blood pressure.

It seems paradoxical that drugs to treat hypertension might either restrain or promote Ang-II, but many systems in the body have opposing activities. They're important for maintaining internal balance.

Ang-II-inhibiting medicines broadly reduce production of Ang-II. This lowers blood pressure because one effect of Ang-II is binding to a receptor that constricts blood flow, increasing blood pressure.

However, Ang-II also binds to other receptors, including one that can promote blood flow, cardiovascular regulation, and brain vascular structure. Ang-II-stimulating medicines allow Ang-II to be available for these beneficial effects, particularly in the brain, but specifically block interaction of Ang-II with the receptor that constricts blood flow.

Our Neurology paper analyzed data from a study in the Netherlands on cardiovascular care to reduce dementia. We focused on participants who took antihypertension medicines in the two classes. Individuals taking Ang-II-stimulating medicines had a 33% reduced risk of developing dementia over an average of 7 years of the study compared to individuals taking Ang-II-inhibiting medicines. This analysis considered other factors that influence dementia such as diabetes.

The results are supported by our second paper: a systematic review and meta-analysis in the Journal of the American Medical Directors Association. Based on 22 studies including 7 randomized controlled trials, our findings support that Ang-II-stimulating medicines are potentially better than the other type for reducing dementia risk.

These studies add to our information about cardiovascular health and dementia. If the results are confirmed, including in randomized controlled trials directly testing the medication classes against each other, they support a low-cost, effective way to reduce dementia in large populations. All medicines come with side effects, so we have to see if the benefits are worth the potential harms. However, we hope that future studies will determine if Ang-II-stimulating drugs can be used as a preventive measure against dementia.

For now, we know that both Ang-II-inhibiting and Ang-II-stimulating medicines are effective at lowering blood pressure, which likely reduces dementia risk. Our results confirm the importance of cardiovascular health, including treating hypertension along with exercising and other means of healthy aging.

ACT has many other studies in progress. Watch for another paper coming soon in the Journal of Alzheimer's Disease, "Glucose-dementia association is consistent over blood pressure/antihypertensive groups," with first author KPWHRI Biostatistician Jing Zhou, PhD, and collaborators Biostatistician Rod Walker, MS, and Affiliate Researchers Drs. Gray, Marcum, and Crane, and Sue McCurry, PhD. 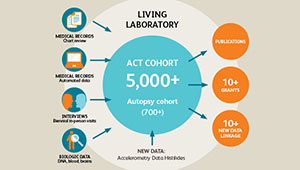