Digital mammograms have raised costs with only small health benefits 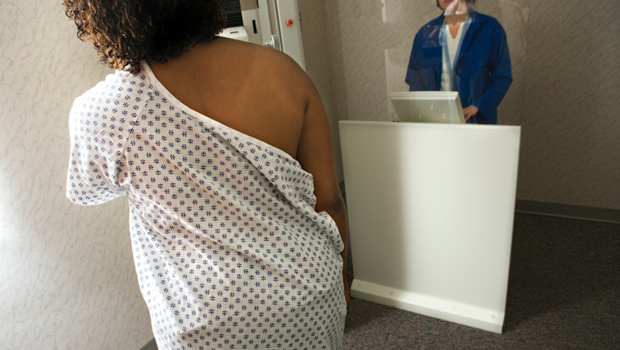 Digital mammograms have quickly replaced plain film mammograms for breast cancer screening over the past decade in the United States. Now nine in ten U.S. mammograms are digital (stored in computers), not plain film (stored as X-ray films). This trend toward digital mammograms was given a mixed report card in the study "Benefits, Harms, and Costs for Breast Cancer Screening After U.S. Implementation of Digital Mammography" e-published on May 28 in the Journal of the National Cancer Institute. 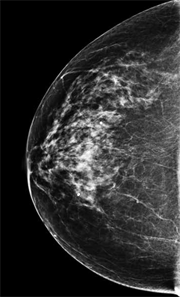 At left an image taken from a digital mammogram.

Digital mammograms modestly decreased deaths from breast cancer, more for women aged 40–49 than for those age 50–74, according to the study. The transition from film to digital screening for breast cancer has increased costs nationally, by $350,000 per 1,000 women age 50–74 who get screened every other year—and by $5.26 million per 1,000 with yearly screening at age 40–74, due in part to roughly doubling screens and false positives. False positives are a harm of screening, when women without breast cancer are called back after screening for extra testing, which can be costly, painful, and distressing.

The difficulties of evaluating new technology

“It’s a real challenge to understand the benefits and harms of transitioning to new technology in the United States,” said Diana Buist, PhD, a senior investigator at Group Health Research Institute. “In part that’s because new technologies spread so quickly—but mostly because it takes time to accumulate enough information to have confidence that the technology is improving outcomes.”

Sometimes evaluating new medical technologies is like closing the barn door after the horse has bolted. The authors concluded that it is important for new technologies to “be evaluated for their impact on population health and health costs ahead of … widespread adoption.”

For the study, Group Health and the Breast Cancer Surveillance Consortium provided data on mammography performance and associated costs that were included in five independent models of breast cancer screening and outcomes from the Cancer Intervention and Surveillance Modeling Network.

Benefits, Harms, and Costs for Breast Cancer Screening After US Implementation of Digital Mammography