Few benefits seen for ultrasonograms for women with dense breasts 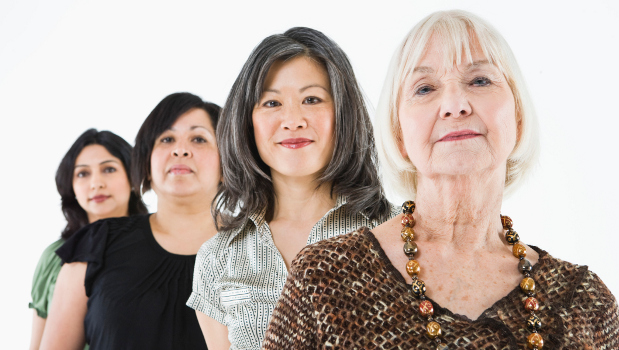 Dense breasts are a risk factor for breast cancer, and the more dense breasts are, the more difficult it can be to detect cancer on mammograms. Many state regulations have been enacted—and more proposed—requiring health providers to tell women if their mammogram shows their breasts are dense. Two in five U.S. women aged 40–74 are estimated to have dense breasts. Experts are assessing use of tests to supplement mammography in breast cancer screening, including ultrasonography and tomosynthesis.

Now a Breast Cancer Surveillance Consortium (BCSC) team reports evidence on the benefits and harms of adding ultrasound to breast cancer screening for women who have dense breasts and have had a mammogram that detected no cancer. The BCSC is the nation's largest and most comprehensive collection of breast cancer screening information. The team includes GHRI Senior Investigator Diana Miglioretti, PhD (also of the University of California, Davis School of Medicine) and GHRI Affiliate Investigator Constance Lehman, MD, PhD, the Director of Breast Imaging at the University of Washington School of Medicine. They used models from the National Cancer Institute (NCI)-funded Cancer Intervention and Surveillance Modeling Network (CISNET) consortium.

If all American women who have dense breasts and no cancer detectable on mammography then got screening ultrasonograms, overall health would not improve much at all. But health care costs would rise substantially.

Their publication in the Annals of Internal Medicine is called Benefits, harms, and cost-effectiveness of supplemental ultrasonography screening for women with dense breasts. They estimate that, for every 10,000 women aged 50-74 with dense breasts who receive supplemental ultrasound screening after a normal mammogram, about four breast cancer deaths would be prevented. But women who did not have breast cancer would get an extra 3,500 biopsies.

Several members of the same team, including Drs. Miglioretti and Lehman, recently reported in Radiology that a new technology called digital breast tomosynthesis may provide an effective—and cost-effective—way to screen women with dense breasts. That paper was called Comparative effectiveness of combined digital mammography and tomosynthesis screening for women with dense breasts.