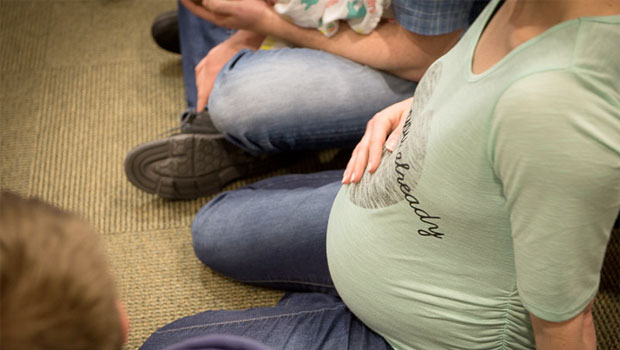 Some mothers-to-be opt out

Both mother and fetus are at increased risk for complications of flu infection during pregnancy. And prenatal care providers say they’re advising women to get the flu vaccine, in line with recommendations from various organizations. But many pregnant women don’t understand the importance of this advice—and don’t get the vaccine.

Robert Arao, MPH, a biostatistician at Group Health Research Institute, did a statewide survey—the first of its kind—to assess what doctors think and do about flu vaccines for pregnant women. Mr. Arao was at the Oregon Health & Science University (OHSU) and the Oregon Health Authority’s (OHA) Public Health Division when he did this work. He e-published “Influenza vaccination of pregnant women: attitudes and behaviors of Oregon physician prenatal care providers” with Kenneth D. Rosenberg, MD, MPH and Katrina Hedberg, MD, MPH, of OHA’s  Public Health Division, and Shannon McWeeney, PhD, of OHSU, in the Maternal and Child Health Journal.

They found that most doctors who provide prenatal care in Oregon understood the importance of flu vaccination during pregnancy and communicated it to their patients. The research team mailed a survey to a random sample of more than 1,000 obstetricians and family physicians in Oregon. Of the survey respondents who had provided prenatal care in the last year, nearly nine in 10 said they routinely recommended flu vaccine to their healthy pregnant patients. Doctors who were younger, saw more pregnant patients, or both were even more likely to do so.

Nationwide, only half of American women get flu vaccine while pregnant, and three quarters of pregnant women who receive a recommendation from a clinician actually get the vaccine. And in the Pacific Northwest, rates for many vaccinations tend to be lower than those for the nation as a whole.