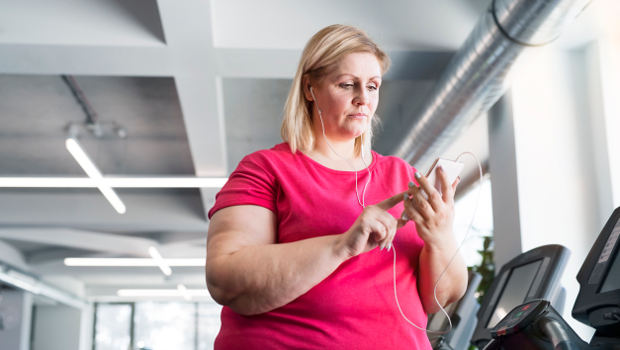 For people with severe obesity, bariatric (weight-loss) surgery may lower cancer risk by at least a third. This finding was reported recently in Bariatric Surgery and the Risk of Cancer in a Large Multisite Cohort in Annals of Surgery by David Arterburn, MD, MPH, Kaiser Permanente Washington Health Research Institute senior investigator and Washington Permanente Medical Group physician, Daniel Schauer, MD, University of Cincinnati College of Medicine, and colleagues.

Drs. Arterburn and Schauer presented their results recently to health care providers, policymakers, and researchers in Washington, DC, at ObesityWeek. This annual international event is a joint meeting of the Obesity Society and the American Society for Metabolic and Bariatric Surgery.

"Our results were well received," Dr. Arterburn says. "People were very encouraged by them because they provide the strongest evidence to date that intentional weight loss might reduce the risk of cancer."

Dr. Arterburn and coauthors conducted a retrospective observational cohort study on the experiences of nearly 89,000 people who were Kaiser Permanente members in Washington, Oregon, California, and Colorado. They examined surgery as currently practiced by including patients who had gastric bypass, sleeve gastrectomy, or gastric banding. The researchers compared cancer rates among people who had bariatric surgery with other people who had severe obesity and were similar in age, body weight, sex, and other medical conditions, but did not have bariatric surgery.

Effect is strongest in women

Overall, people with severe obesity, defined as body mass index at least 35 kg/m2, had a 33 percent lower risk of developing any type of cancer over 10 years. The results were strongest for women, similar to a 2009 observational study from Sweden.

The most likely reason that women appear to benefit more from bariatric surgery is that the leading types of cancer in women—breast and endometrial—can be affected by levels of the hormone estrogen. Estrogen is produced by fat cells, so women with obesity are at greater risk of developing these estrogen-sensitive tumors. Dr. Arterburn and colleagues found that surgery was associated with a large risk reduction—up to 50 percent—for breast and endometrial cancer. The finding makes scientific sense: Since fat cells make estrogen, reducing them should decrease risk of certain cancers.

"Women also get bariatric surgery more often than men," Dr. Arterburn says. In both the Swedish study and Dr. Arterburn's one, the study populations were 70 or 80 percent women. With fewer men, detecting statistically significant differences in those with and without bariatric surgery is harder. "But the trend for cancer risk," Dr. Arterburn says, "was the same for men and women." Larger future studies may show a statistically significant cancer benefit for men who get surgery.

"For people with severe obesity," Dr. Arterburn says, "the most effective treatment is bariatric surgery. In addition to promoting weight loss, it reduces the long-term risks of conditions such as diabetes and it prolongs survival. Our study suggests that it also reduces risk of cancer."

Bariatric surgery has risks that people should discuss with their physicians, including the potential for complications and reoperations, and a lifelong need for follow-up care. Kaiser Permanente encourages shared decision-making, Dr. Arterburn says, in which patients work with their health care team to make decisions about bariatric surgery that align with their preferences and values. He adds, "We hope our work gives people more information about potential benefits of bariatric surgery to guide them in making personal health decisions."

Energized by interactions with colleagues at ObesityWeek, the research team is planning their next studies. They hope to find out if bariatric surgery affects cancer recurrence and post-cancer survival. They'd like to know more about the biological mechanisms responsible for the largest effects of bariatric procedures. Research in these and other areas might show, for example, if and how certain groups of people benefit more than others from weight-loss surgery.

In other collaborations, Dr. Arterburn is studying the clinical impact and effectiveness of different procedures for bariatric surgery. He is starting a $2.67 million project looking at how environmental factors contribute to weight and diabetes risk, to inform efforts to prevent obesity. "Our goal is a comprehensive picture of obesity and health," he says. "We want to understand how to avoid obesity, and we want to give people as much evidence as possible for making informed choices about treating it."

Where you live can affect your health, and a $2.67-million NIDDK-funded UW/KPWHRI project explores how.