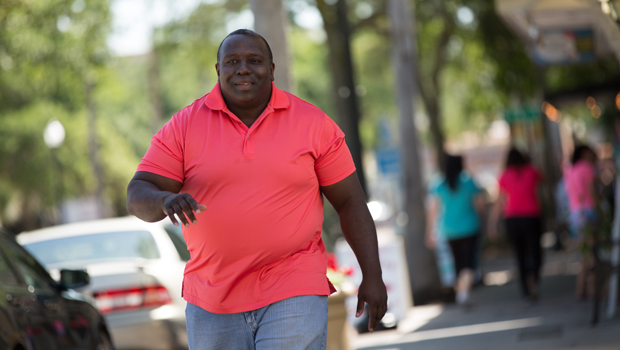 Obese people with diabetes had fewer deaths in 5 years after bariatric surgery vs. usual care, in large, long-term study

SEATTLE, October 16, 2018—People with diabetes and severe obesity who had bariatric surgery were 40 percent less likely to have a heart attack or stroke within 5 years than those who had usual medical care for their diabetes, according to a new study published today in JAMA: “Association between Bariatric Surgery and Macrovascular Disease Outcomes in Patients with Type 2 Diabetes and Severe Obesity,” with an accompanying editorial.

During the same period, those who had surgery were also more than one third less likely to develop heart disease—and two thirds less likely to die from any cause. This research was done at four systems in the Health Care Systems Research Network: Kaiser Permanente in Washington, Northern California and Southern California, and HealthPartners Institute in Minnesota.

The findings matter because about 30 million—more than 9 percent—of adult Americans have type 2 diabetes, according to the American Diabetes Association. With time, the disease tends to worsen, raising the risks of diseases of the large blood vessels (heart attack, stroke and heart disease) and of death.  And 1 in 3 people with type 2 diabetes have severe obesity: a body mass index (BMI) of at least 35 kg/m2. According to National Institutes of Health guidelines, the disease plus that degree of obesity makes them eligible for bariatric surgery. Bariatric surgery includes different operations that help people lose weight by making changes to their digestive system.

“For most people with diabetes and severe obesity, lifestyle changes and medication may not be successful at significantly lowering those risks,” said internist and corresponding author David Arterburn, MD, MPH, a senior investigator at Kaiser Permanente Washington Health Research Institute. “So we’re excited about our results, which suggest that bariatric surgery may reduce new cases of heart attack and stroke—and risk of death from all causes.”

Members of the same research team had shown that diabetes goes into long-term remission (for an average of 7 years) for about half of people who undergo gastric bypass, one of the most common bariatric procedures. Last month in the Annals of Internal Medicine, these researchers also reported that people with diabetes who undergo bariatric surgery have half the risk of small-blood-vessel diseases of the feet, hands, kidneys and eyes within the first 5 years after surgery, compared to usual medical care for diabetes.

The new study included 5,054 Kaiser Permanente and 247 HealthPartners patients with diabetes and severe obesity (a BMI of at least 35 kg/m2) who received bariatric surgery. It also included a matched control group of nearly 15,000 patients who had similar characteristics but received usual medical care for their weight and diabetes instead of bariatric surgery.

Large and long—but not randomized

“Our study’s large size contributed to the precision of the study and allows us to have confidence in the results that we reported,” said senior author Stephen Sidney, MD, director of research clinics at the Kaiser Permanente Division of Research in Northern California. “Another strength is the long follow-up and comprehensive information from our health care systems, which provide integrated care and coverage.”

But the study is observational, not a randomized clinical trial, so it cannot definitively prove that bariatric surgery caused the decrease in the rates of heart attack, stroke, heart disease and death.

“Ideally, randomized clinical trials would confirm—or refute—our findings,” said bariatric surgeon and first author David P. Fisher, MD, who was the inter-regional chair of Kaiser Permanente Bariatric Surgery before his recent retirement. “But such trials are expensive and difficult to conduct, and they probably couldn’t be done with enough patients to assess these relatively rare outcomes.”

“Our results add to the evidence that should inform conversations between people with diabetes and severe obesity and their health care providers about the potential benefits and risks of weight-loss surgery,” Dr. Arterburn said. “We hope this helps them make more informed decisions about their care.”

A National Institutes of Diabetes and Digestive and Kidney Diseases award (#5R01DK092317-04) funded this study. NIH award 1K23DK099237-01 supported coauthor Emily B. Schroeder, MD, PhD, at the Institute for Health Research at Kaiser Permanente in Colorado, in Denver; and coauthor Patrick J. O’Connor, MD, MPH, at HealthPartners Institute, in Minneapolis, was supported in part by NIH award 5P30DK092924-08.

Diabetes is an active area of research at Kaiser Permanente, with more than 840 articles published since 2007. An overview of this research can be found here.