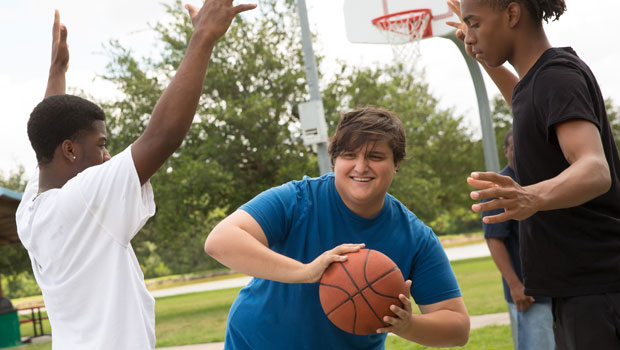 In this Q&A, Dr. David Arterburn describes findings from the largest study in adolescents to date.

Severe obesity affects 4 to 6 million U.S. adolescents. Kaiser Permanente researchers are exploring solutions to this major problem. Two of them — Kaiser Permanente Washington’s David Arterburn, MD, MPH, and Kaiser Permanente Southern California’s Karen J. Coleman, PhD — are among the leaders of a team of doctors and scientists across the country comparing the three main types of bariatric surgery in severely obese teens. The team conducted the largest study in this field to date — twice the size of the largest one before — analyzing data from 544 teens. The research team recently published “Comparative Effectiveness of Bariatric Procedures among Adolescents: The PCORnet Bariatric Study” in Surgery for Obesity and Related Diseases. These are the first results to be produced using the resources of PCORnet®, the National Patient-Centered Clinical Research Network.

Dr. Arterburn, whose research focuses on obesity and shared decision-making, answered these questions about the study:

What did you discover?

Of the three most common bariatric surgery procedures, we found that adolescents with severe obesity achieved substantial and lasting weight loss with both the laparoscopic sleeve gastrectomy procedure and Roux-en-Y gastric bypass surgery — but not with gastric banding. Gastric bypass and sleeve gastrectomy resulted in comparable weight loss through at least three years, but adjustable gastric banding was much less effective than those two other operations. And few surgical and medical complications happened within 30 days after surgery.

We also found that over the decade of 2005-2015, sleeve gastrectomy became the dominant procedure used in adolescents, while use of gastric bypass and adjustable gastric banding markedly declined. This mirrors what we’ve seen in adults who get these procedures.

Why does this matter?

Our research adds substantially to the information available to families and doctors who struggle with decision-making for adolescents with weight-related health complications. Many people tend to gain weight as they age, so adolescents with severe obesity are starting out at a disadvantage. Severe obesity is linked to many health conditions, including sleep apnea, high blood pressure and other heart risks. It is also linked to developing type 2 diabetes before adulthood — the same disease that was called “adult-onset” diabetes before the obesity epidemic.

Why would you subject a child to such major surgery?

Before bariatric surgery, the adolescents in our study had severe obesity, with a mean BMI of nearly 50 kg/m2. This is more than 100 pounds above a healthy weight for most of these teens. For severely obese adolescents who haven’t been successful losing much weight with traditional weight loss measures, including diet and exercise, medication options are limited. Bariatric surgery is currently the most effective solution offering them the prospect of lasting weight control.

Why did you use BMI instead of weight?

Many of the adolescents in our study were still growing taller, so using BMI — which measures body fat based on your height and weight — gave a better comparison to other teens in the study than just weight alone.

What made your research possible?

We couldn’t have done it without PCORnet®, which is funded by the Patient-Centered Outcomes Research Institute (or PCORI) and designed to produce clinical insights faster and less expensively than traditional clinical studies. PCORnet® involves multiple individual networks that together represent more than 100 million patients. The network securely collects health information during routine care, minus data that could help identify individuals, to produce real-world evidence with outcomes that matter most to patients, who are full partners in this research.

For our study, PCORnet® allowed our research team to gather and analyze data from electronic health records of 11 Clinical Data Research Networks representing 27 participating health care systems nationwide. We identified adolescents age 12-19 years who had a first bariatric procedure from 2005 through 2015. The percentage change in BMI was calculated at 1, 3 and 5 years.

It was a big collaboration, also co-led by Thomas H. Inge, MD, PhD, the article’s first author and chief of Pediatric Surgery and director of the Bariatric Surgery Center at Children’s Hospital Colorado; Kathleen Mary McTigue, MD, MPH, an associate professor of Medicine and Epidemiology at the University of Pittsburgh; and the Rev. Neely Williams, MDiv, a patient-principal investigator at the Community Partners’ Network in Nashville.*

What had previous research shown?

Studies had shown that gastric bypass could give severely obese teens significant and sustained decreases in body mass index. But less was known about the other two bariatric procedures that are done in the United States: sleeve gastrectomy and gastric banding.

What will you do next?

We’ll look at weight loss in adults, and longer-term complications, more than 30 days after surgery. And we’ll do more long-term studies to address nutritional concerns and changes in other health conditions such as diabetes.

This article was originally published by Kaiser Permanente.

Aug. 6, 2018—Large, long-term study finds half as much nerve, kidney, and eye disease after bariatric surgery than with usual care.