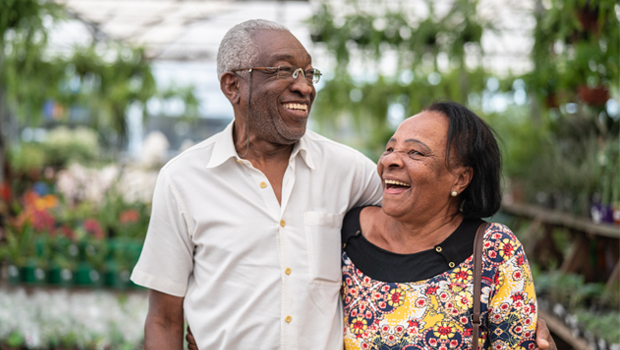 An older man teared up as he told Linda Teri, PhD, how much better his wife was recently feeling—and acting:

“I get to see her smile again, and that’s what made me fall in love with her in the first place!”

Only weeks earlier, the couple had been locked in bitter conflict. With Alzheimer’s, the woman had been sad, anxious, angry, and agitated. Her husband, feeling overwhelmed, doubted he could continue caring for her. He’d reluctantly planned to move her out of their house and into an assisted living facility.

The man took the STAR-C caregiver training developed by Dr.  Linda Teri and Sue McCurry, PhD. They’re both Kaiser Permanente Washington Health Research Institute (KPWHRI) affiliate investigators. And they’re both based at the University of Washington (UW) School of Nursing, where Dr. McCurry is a research professor and vice chair of research and Dr. Teri is a professor who directs the Northwest Roybal Center for Translational Research in Aging.

The training’s name, Staff Training in Assisted-living Residences (STAR)-Caregivers (C), tells its history: initially developed for, and validated in, assisted-living staff—and then adapted for family members, usually spouses or adult children, caring for people with dementia.

Since the beginning—in 1999, when the Alzheimer’s Association gave Dr. Teri the first grant—the STAR interventions have evolved through various iterations. This has been thanks mostly to funding from the National Institute on Aging but also state contracts to train some Areas Agencies on Aging staff in Washington and Oregon.

Now Rob Penfold, PhD, is launching a pragmatic trial to develop and pilot-test the newest version of STAR-C with patients at Kaiser Permanente Washington. An associate investigator at KPWHRI, he is also an affiliate associate professor of health services at the UW School of Public Health.

“Too often, people with dementia become so frustrated that they start yelling, hitting, or wandering away,” Dr. Penfold says. “In a vicious cycle, conflict can escalate with their caregivers. Often, caregivers reach the end of their rope, and people with dementia end up taking antipsychotic medications, which have side effects that slow their thinking even more—and even shorten their lives.”

Randomized controlled trials have proven STAR-C effective at breaking that vicious cycle by using systematic behavioral training, education, and support instead of medication. The Administration on Aging has endorsed STAR-C as a frontline treatment for behavioral and psychological symptoms of dementia.

But use of STAR-C hasn’t spread as much as its advocates had hoped, Dr. Penfold says. In part that’s because of the cost of the program’s original version, with coaches making eight weekly in-home visits and four monthly follow-up phone calls.

“We want to lower the cost of delivering this valuable program, while keeping its effectiveness, so it can spread more widely,” Dr. Penfold says.

With a new four-year grant of more than $2 million, Dr. Penfold is working with STAR-C developers Drs. Teri and McCurry to:

“We hope to find that caregivers feel the program is feasible and acceptable,” Dr. Penfold says. “And we hope that they feel less caregiver burden than the control group does.” The research team will check in at 8 weeks and 6 months to find out.

Another aim is for fewer patients with dementia to be using antipsychotic medication at 6 months. Jing Zhou, PhD, an assistant investigator at KPWHRI, is leading the analysis, with Eric A. Johnson, MS, a KPWHRI biostatistician.

Also as part of this project, Magaly (Maggie) Ramirez, PhD, will conduct qualitative interviews in Spanish with Latinx caregivers of people with dementia. Her goal will be to find ways to make STAR-VTF more engaging and culturally relevant for this population, to inform future development of a Spanish-language version of STAR-VTF. Dr. Ramirez is an assistant professor of health services at the UW School of Public Health and a CATLyST K12 Scholar at KPWHRI.

Alzheimer’s disease may be at least half again more common in Latinx and African American people than in non-Latinx whites. And Latinx people with dementia may be more likely to live with their families than are most other groups.

Drs. Teri and McCurry will train the social worker who will conduct two visits with caregivers—one at-home 90-minute visit before the STAR-VTF online training and one hour-long in-person visit 6-8 weeks later. And for up to 6 months after caregivers start the program, the social worker will answer any questions they have in secure email.

Drs. Teri and McCurry are also leading the streamlining of STAR-C into STAR-VTF, with Dr. Ramirez employing user-centered design with caregivers to keep improving the online version during its development. “We’ll keep the core ingredients of the program, based on what caregivers have told us through the years,” Dr. McCurry says. These ingredients are:

“We’re changing the program not only to lower cost and boost access,” Dr. Penfold says, but also to address caregivers’ preferences. “For instance, we may think of house calls as being the crème de la crème of service, but lots of people don’t want you in their business.” Also, some caregivers have asked for a shorter program, and others have been satisfied with what they gained from only one or two sessions. “We think caregivers will be able to use the online format at their own pace, whenever is most convenient—and concentrate on what they need most.”

“We’re thrilled Rob is taking our work to the next level,” Dr. Teri says. “This is exactly where we always hoped the research would go—and the next step will be to offer it to even more people.”

“Some people with dementia reach a stage where what becomes most important is comfort and avoiding disruptions including the stress of emergency and hospital visits when that care doesn’t add value,” says Eric B. Larson, MD, MPH, the executive director of KPWHRI, who collaborated with Drs. Teri and McCurry on some of their early work on the training. He’s involved in Kaiser Permanente Washington’s initiative to improve late-in-life care.

If this pilot is successful, Dr. Penfold says, the next step will be a larger test in the Mental Health Research Network of 13 integrated health systems around the country, within Kaiser Permanente and beyond.

“Ultimately we want to be able to identify folks with cognitive impairment early and offer them a suite of services, including STAR-VTF, that reduce the burden of disease for patients and their caregivers,” he says. 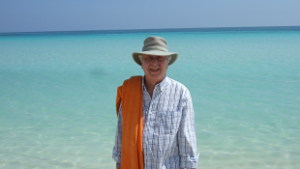 How can we make advance care planning easier for patients and families?

Dr. Robert Penfold talks about how his father’s death inspired him to work on advance care planning for people with mild cognitive impairment.