Do drugs cause falls for adults with dementia? 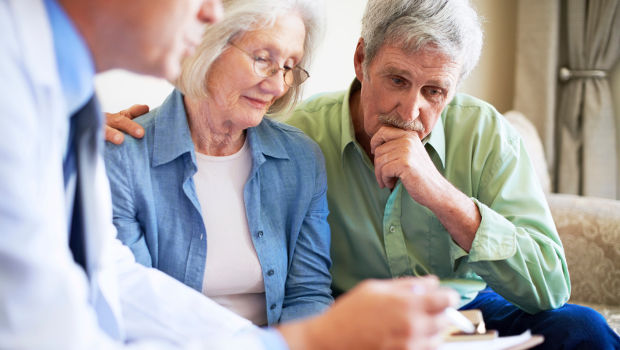 Researchers find a relationship between prescribed central nervous system-active medications and increased risk of falling among older people with dementia.

Research has shown that certain drugs increase older adults’ risk of falls — a leading cause of serious injury and death for people 65 years and older — but what about their impact, specifically, on people with dementia?

Although older adults with dementia face much greater risk of falling, information is lacking on how some of the most widely prescribed drugs may contribute to these adverse events. The Adult Changes in Thought (ACT) study, which has been following a population of Kaiser Permanente Washington patients since 1986, was developed to find ways to prevent or delay dementia and to promote healthy aging. ACT also has served as a rich data source for various research-in-aging investigations, including evaluation of potential risks of medication use in older adults.

A new study, published in Pharmacotherapy: The Journal of Human Pharmacology and Drug Therapy, used ACT data to provide one of the most extensive analyses to date on the associations between a variety of central nervous system-active medications and injuries from falls in older adults with dementia.

To understand the study’s implications, we posed six questions to the paper’s lead author, Laura Hart, PharmD, MS, an assistant clinical professor at University of California ­San Diego Skaggs School of Pharmacy and Pharmaceutical Sciences, who led the research while a geriatrics pharmacy fellow at the University of Washington School of Pharmacy.

1. What are central nervous system-active drugs, and why was it important to study these medications’ impact in affecting people with dementia?

2. What did you learn about their potential to cause people with dementia to fall and injure themselves?

LH: We found that current use of CNS-active medications was associated with an increased risk of fall-related injury, which includes fracture, dislocation, or head injury.

3. Should we change how these drugs are being used with people with dementia?

LH: Our results reinforce the importance of cautious use and close monitoring of CNS-active medications in older adults with dementia. It is important for clinicians to address medication use as part of a comprehensive effort to prevent falls, carefully weighing the risks versus benefits of a given medication.

4. In the paper, you note a few other studies of how these drugs may affect people with dementia. How did the data gathered by the ACT project allow you to dig deeper?

LH: Using data from the ACT study allowed us to evaluate CNS-active medication use in a population with a gold-standard research diagnosis of dementia. We were also able to examine subjects starting from the time of dementia onset, which had not been done in previous studies. In addition, we were able to evaluate how dose and number of CNS-active medications used may influence risk of falls. Further, using ACT data allowed us to strengthen our methodology by better accounting for potential confounding factors in our analyses.

5. Were you surprised by the finding that increased risk of falling was not associated with larger doses of these drugs?

6. What’s next? Are there key questions that need to be pursued?

LH: One key question to further explore is how risk of falls associated with CNS-active medication use in older adults with dementia may change over time following dementia onset. In addition, it is important to further evaluate which specific medication classes may pose the greatest risk for falls in this population.