Update: In May 2021, the National Institute of Aging awarded the ACT study a new 5-year grant totaling $55.6 million — 3 times the amount of the study’s previous funding round. To learn more, see New NIA grant of over $55M to boost ambitious Alzheimer’s, dementia study.

Every two years, 2,000 older Kaiser Permanente patients check in with the Adult Changes in Thought (ACT) study. The joint project between Kaiser Permanente Washington Health Research Institute (KPWHRI) and the University of Washington (UW) focuses on finding ways to delay or prevent dementia, including Alzheimer's disease, and declines in memory and thinking. It aims to deepen understanding of how the body, especially the brain, ages—and discover how people can age in the healthiest possible ways.

"Thanks to our dedicated patients and their families—and our team of leading-edge scientists and staff at the UW and Kaiser Permanente—the ACT study is a 'living laboratory' of aging," said co-principal investigator and founder of the study, Eric B. Larson, MD, MPH, a senior investigator a KPWHRI.

The study, which has been continuously operated since its start in 1986, is the longest-running study of its kind. It began as the Alzheimer’s Disease Patient Registry, conceived like a registry of cancer patients. Now it includes one of the largest populations of extremely old (> 85-year-old) people with collected information going forward (prospectively). The National Institute on Aging recently funded it for another five years, focusing mostly on these three areas:

The participants have been patients at Kaiser Permanente for on average at least 30 years before joining the study. "That gives us a wealth of medical, drug, and lifestyle information to help answer our research questions," said the other co-principal investigator, Paul K. Crane, MD, MPH, a UW School of Medicine professor of medicine and KPWHRI affiliate investigator. "ACT is the world's only study that can link outcomes for dementia, frailty, and aging to data that captures each participant's whole health history, including medical, laboratory, and pharmacy records."

Like the celebrated Framingham Heart Study, ACT is a longitudinal study of a “cohort” of people leading their lives in a community. That means it follows a large group of people at regular intervals over a long time to see what happens to them. As with Framingham, insights from the study group have helped other people to stay healthier.

At each bi-annual study visit, ACT study participants are observed as they walk and do many other physical and mental tasks. Their DNA is collected and stored at the UW and in a national repository of samples from Alzheimer’s disease studies. Participants are asked many questions, including whether they would allow an autopsy on their brains after they die. ACT now has one of the world’s largest brain banks: nearly 600 brains, likely to increase to 800 within the next five years. ACT is the only truly population-based study involving autopsy and study of diseases of the brain, or neuropathology, work led by Associate Professor C. Dirk Keene, MD, PhD, head of the neuropathology service at the UW.

The ACT study has learned many lessons to date, published in more than 325 scientific articles. Several discoveries have led to changes in how people with dementia are cared for and helped ease the burdens these illnesses can cause. Some highlights are listed below:

More than 5,000 people have participated in the ACT study. To be invited to enroll, people must be free from cognitive impairment (problems with memory and thinking). Over time, some develop dementia, including Alzheimer’s disease, and some die—and around 240 new participants are enrolled each year to keep the study group size steady at about 2,000 people. People are invited to participate after being randomly selected from a census of all Kaiser Permanente members who are age 65 and enrolled in central King County primary care sites. ACT enrollment is by invitation only. People can independently volunteer to participate in many other Kaiser Permanente research projects, but because of the ACT study’s design, random samples are necessary to identify people who are invited to consider joining it. 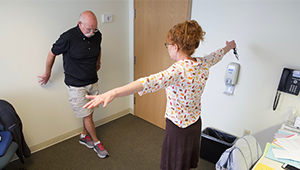 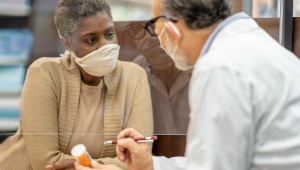