What’s the most common mosquito-borne threat to kids? (It’s not Zika.) 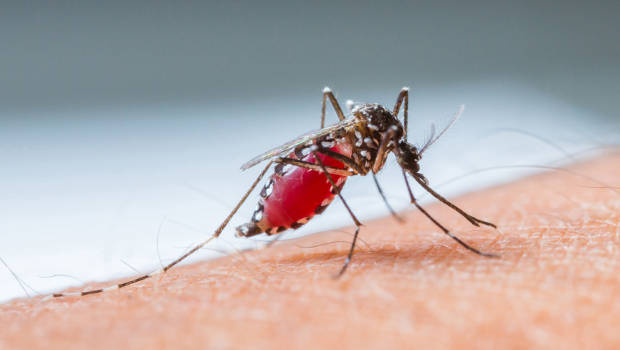 Global concern over Zika virus is growing, understandably. The virus, which is transmitted by mosquitoes, is linked to birth defects including small head size (microcephaly) in babies whose mothers were infected during pregnancy.

“Zika virus is worrisome and we need to learn more about it and its long-term effects,” says Group Health Research Institute Senior Investigator and Group Health Physician Lisa A. Jackson, MD, MPH. But for most people, a Zika virus infection is not life threatening. Dr. Jackson explains that another mosquito-borne disease with serious consequences currently affects a much larger population.

Malaria is responsible for about 500,000 deaths worldwide every year, mostly children. The cause is not a virus but a microscopic parasite with a notoriously complicated life cycle. The malaria parasite shuttles between mosquitoes, the human bloodstream, the liver, and back to the blood. At each stage, it takes a different form, so our immune system has a hard time keeping up. The parasite’s complexity and immune evasion are challenges to developing a vaccine. Dr. Jackson is preparing for two clinical trials supported by the National Institute of Allergy and Infectious Diseases that will test vaccines to strike the parasite when it is most vulnerable.

Here’s the premise: When a malaria-carrying mosquito bites a person, it introduces parasites that travel to the liver, change form and multiply. From the liver, many more new parasites are released into the bloodstream, where they change into a form that repeatedly replicates in and ruptures red blood cells. These events cause the fever, fatigue, and organ damage that can be fatal. The two vaccines Dr. Jackson and colleagues are working on thwart the parasite early, when its numbers are fewer.

The most effective vaccines are an attenuated (live but weakened) form of the real disease-causing agent. The trick for the malaria vaccine is developing a safe, neutralized parasite that also stimulates a robust immune response. This will protect a vaccinated person who later has a real-life encounter with a malaria-bearing mosquito. The experimental malaria vaccines Dr. Jackson is testing both use live malaria parasites but take different approaches.

In one clinical trial, Dr. Jackson and her team will test the GAP3KO malaria vaccine in about 16 healthy people. Malaria experts at CIDR generated GAP3KO using genetic engineering to precisely remove three genes essential for parasite replication in the liver. The trial has two aims: to ensure that the impaired GAP3KO parasite does not cause symptoms, and to see whether it induces protective immunity against malaria. Planning is underway, says Dr. Jackson.

For the other trial, Sanaria researchers will isolate malaria parasites from mosquito salivary glands, where the parasite resides before infecting a person. Purified, infectious, early-stage parasites will be given to volunteers as the vaccine. “If we didn’t do anything else, they would get malaria,” says Dr. Jackson, “but the study participants will also take the antimalarial drug chloroquine to ensure they don’t get the disease.” The introduced parasites will reach the liver but be stopped before causing symptoms. The U.S. Food and Drug Administration is reviewing the trial protocol.

Both projects are phase I trials, says Dr. Jackson, so “they’re testing the safety, tolerance, and immune response to the vaccines in healthy people who do not have malaria.” Both trials will assess protection from malaria by exposing volunteers to the actual parasite. All volunteers will be closely monitored with a sensitive blood test and treated at the first signs of infection. If the trials show the vaccines are effective, they will be tested in larger groups of volunteers.

Malaria prevention will also benefit from the attention to Zika virus, since a common strategy against both diseases is eliminating mosquitoes. Dr. Jackson calls the Zika virus “pretty alarming.” She says the Group Health immunization team welcomes the opportunity to help ensure the safety and effectiveness of a possible Zika virus vaccine if one is developed.