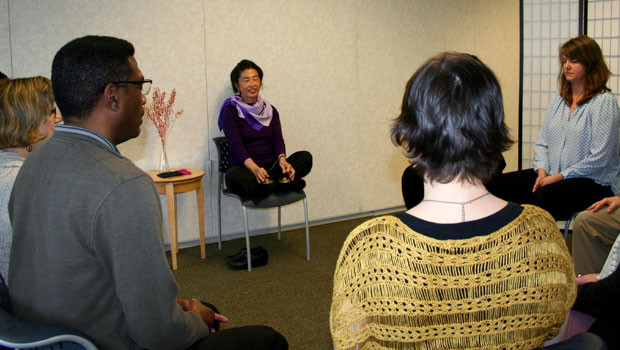 In a year of surprises, we could still count on Group Health producing a variety of practical results, to improve people’s health.

Here are just 10 of the year’s many significant findings from Group Health Research Institute (GHRI):

Compared to usual care, mindfulness-based stress reduction (a form of meditation training) and cognitive behavioral therapy lessened chronic low back pain and improved functioning in Group Health patients. The JAMA study led by Dan Cherkin, PhD, now a GHRI senior investigator emeritus, showed these effects persisted at one year. More than 100 news outlets covered the results, including the New York Times, NPR, Reuters, Seattle magazine, and Washington Post. It was even parodied in The Onion. Read our news release and Dr. Cherkin’s blog post and watch JAMA’s video. To come: a cost analysis.

Bariatric surgery kept weight off for a decade in a large multisite study of Veterans Affairs patients around the country. Results were best for those who had Roux-en-Y gastric bypass surgery. Senior Investigator David Arterburn, MD, MPH, coauthored the study, which JAMA Surgery published. Read NPR's story and Dr. Arterburn’s blog post.

In a large national data set, use of deep sedation during colonoscopy is rising—and is linked to a 13 percent higher risk of any complication within 30 days, according to Associate Investigator Karen Wernli, PhD, in Gastroenterology. These complications include higher risk of perforation, bleeding, abdominal pain, complications due to anesthesia, and stroke. Unlike many settings, Group Health’s Group Practice does not routinely use deep sedation with propofol during colonoscopy, instead using moderate sedation. Read Dr. Wernli’s blog post and watch her in a video.

Bupropion (Wellbutrin) was the only antidepressant that tended to be linked to weight loss over two years in Group Health patients. This antidepressant should be the first choice for overweight and obese patients with depression, according to Dr. Arterburn and Senior Investigator Greg Simon, MD, MPH, in the Journal of Clinical Medicine. Media coverage included NIH Research Matters. Read our news release.

8. TBI is linked to Parkinson’s and Parkinson-related brain defects

10. Evidence insufficient for screening for skin cancer—and for blood lipids in children

Other widely reported evidence reviews with first authors from GHRI included findings that don’t support recommending skin cancer screening for all adults (by Dr. Wernli)—or lipid screening for all children and teens to find familial hypercholesterolemia or multifactorial dyslipidemia (by Senior Investigator Paula Lozano, MD, MPH). The reviews were published in JAMA.

And now? Onward and upward through 2017. 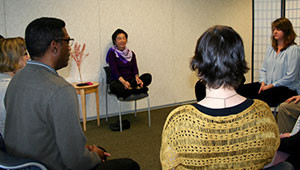