SEATTLE, July 20, 2017—One in three cases of dementia could potentially be prevented if brain health is improved throughout life by targeting nine risk factors, including staying in school until older than age 15 years, reducing hearing loss in mid-life, and reducing smoking in later life.

For the first time, the new report models the impact of risk factors at all stages of life, and quantifies the potential contribution of hearing loss and social isolation as risk factors for dementia.

The Lancet Commission on dementia prevention, intervention, and care is being presented at the Alzheimer’s Association International Conference 2017, and combines the expertise of 24 international experts to provide a comprehensive review of the disease including 10 key messages to help improve dementia care. One of those experts is Eric B. Larson, MD, MPH, executive director and senior investigator at Kaiser Permanente Washington Health Research Institute (KPWHRI) and vice president for research and health care innovation at Kaiser Foundation Health Plan of Washington. Dr. Larson leads the KPWHRI-University of Washington Adult Changes in Thought (ACT) study.

“The Lancet Commission report is very comprehensive and speaks to the need for effective ways to prevent and provide humane, effective care for those affected by Alzheimer’s disease and late-life dementias,” Dr. Larson says. “The finding that in some developed countries age-adjusted rates may be decreasing even as total numbers increase allowed the Commission to recommend widespread adoption of preventive tactics that also lead to improved health in old age.”

He added: “Kaiser Permanente Washington, including the ACT study, is conducting ongoing research in all these areas, and our integrated delivery system health care teams are constantly seeking ways to promote prevention and resilience to late-life declines in brain function while providing personalized care for the many patients and families affected by dementia.”

The latest estimates suggest that the cost of dementia is $818 billion a year and around 47 million people live with dementia globally. The number of people affected is set to almost triple to 131 million by 2050, with the number of cases increasing most in in low- and middle-income countries.

“Acting now will vastly improve life for people with dementia and their families, and in doing so, will transform the future of society,” says lead author Professor Gill Livingston, University College London, U.K. “Although dementia is diagnosed in later life, the brain changes usually begin to develop years before, with risk factors for developing the disease occurring throughout life, not just in old age. We believe that a broader approach to prevention of dementia that reflects these changing risk factors will benefit our aging societies and help to prevent the rising number of dementia cases globally.”

How to prevent dementia?

The report models the impact of nine health and lifestyle factors at various stages in life, including staying in education until over age 15 years, reducing high blood pressure, obesity, and hearing loss in mid-life (45–65 years old), and reducing smoking, depression, physical inactivity, social isolation, and diabetes in later life (over 65 years old). The estimates show the proportion of all dementia cases that could be prevented if the risk factors were fully eliminated.

The study estimates that removing these factors could prevent one in three cases of dementia (35 percent). Comparatively, finding a way to target the major genetic risk factor, the apolipoprotein E (ApoE) ε4 allele, would prevent less than one in 10 (7 percent) of cases.

Of the 35 percent of all dementia cases that could potentially be prevented, the three most common risk factors that could be targeted were:

Why do these three main risk factors matter?

To help reduce dementia risk, the researchers suggest public health interventions including building cognitive reserves by increasing the number of children who complete secondary education, and, in later life, engaging in mentally stimulating activities (such as a combination of engaging in a hobby, going to the movies, restaurants, or sporting events, reading, doing volunteer work, playing games, and having a busy social life). In addition, protecting hearing and treating hearing loss in mid-life may be an important way to prevent dementia, but it is not yet clear if hearing aids counteract the cognitive damage caused by this.

Other interventions likely to benefit are increasing physical activity, reducing smoking rates, and treating high blood pressure and diabetes. The researchers note that such interventions are already available and safe and have other health benefits, but to have the greatest impact they should be incorporated into society.

“Society must engage in ways to reduce dementia risk throughout life, and improve the care and treatment for those with the disease. This includes providing safe and effective social and health-care interventions to integrate people with dementia within their communities. Hopefully this will also ensure that people with dementia, their families, and caregivers, encounter a society that accepts and supports them,” says co-author Professor Lon Schneider, Keck School of Medicine of the University of Southern California, Los Angeles.

While interventions for these risk factors would not delay, prevent, or cure all dementia cases, there is much to gain:

The authors note some limitations within their estimates, including that they do not take into account diet and alcohol intake, and some estimates could not be based on global data as such data were not available. They also note that some risk factors may also have an impact during other stages of life, for instance lifelong learning (beyond childhood education) may also be beneficial.

How to achieve equity?

Writing in a linked comment, Professor Martin Prince of King’s College London, UK, says: “Dementia selectively affects the old and frail, women, and the socioeconomically and educationally disadvantaged. It dims the voices of those living with the condition, just when they most need to be heard. The dementia epidemic will be concentrated in low- and middle-income countries where awareness is low, and resources to meet the demand are fewest.”

He adds: “Equity requires that all those affected should be acknowledged as having equal status and value, and accorded equal access to diagnosis, evidence-based treatment, care, and support. We are a long way from achieving equity. The WHO Global Action Plan, with its emphasis on the inalienable human rights of those affected, special attention to low- and middle-income countries, and accountability for achieving universal coverage of health and social care, promises much for the future—if it can be delivered.”

The Commission was partnered by University College London, the Alzheimer’s Society, UK, the Economic and Social Research Council, and Alzheimer’s Research UK. These organizations provided financial and practical help (funded the fares, accommodation, and food for the Commission meetings) and attended author meetings, but had no role in the writing of the manuscript or the decision to submit it for publication. 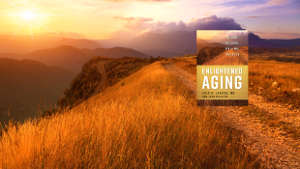 Join Dr. Eric B. Larson in person to hear passages from his new book. 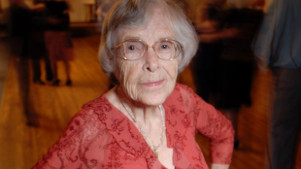 Read about it in LinkedIn.