Suicide prevention: The answers are within reach 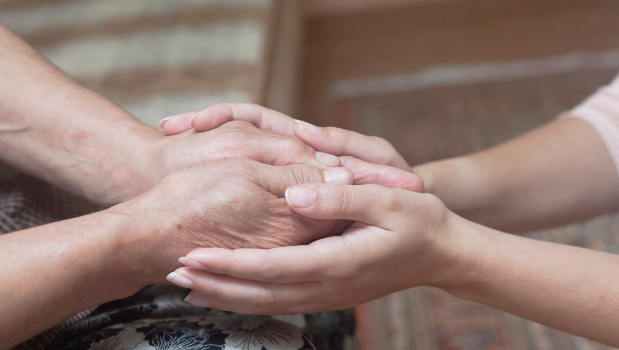 Group Health scientists are leading a groundbreaking research study involving 20,000 patients to find out how to help people who are at risk for suicide.

They’re often the first questions friends and family members ask after a suicide: “Did this have to happen? How could it have been prevented?” Answers can be hard to find. But what if health care systems could approach suicide risk as effectively as they tackle other common health threats?

Take cardiovascular disease, for instance. Providers routinely check patients’ blood pressure to detect problems. Ideally, doctors don’t wait for a stroke or heart attack to give patients needed lifestyle advice or drugs. Nor do they recommend invasive solutions like surgery for those with only a slight risk. We’ve learned to give people the care they need based on their risk level. As a result, far fewer people die early from heart attacks and strokes today than they used to.

The same approach is possible for suicide risk, says Greg Simon, MD, MPH, a Group Health psychiatrist and senior investigator at Group Health Research Institute (GHRI). “Our nation’s emergency systems do a good job of caring for patients right after a suicide attempt. But research shows many people who consider suicide are at risk over time. We must ask: Can we develop a better system to help them—before they attempt suicide?”

The impact could be significant:

To help reduce these numbers, Dr. Simon is leading a groundbreaking study that compares three different approaches to suicide prevention among nearly 20,000 patients in three large health plans: Group Health, Kaiser Permanente Colorado, and HealthPartners in Minneapolis. With colleagues, GHRI researchers will use a $6.4 million National Institutes of Health (NIH) grant to conduct the five-year study. Their work is part of the NIH Common Fund’s Health Care Systems (HCS) Research Collaboratory, which tests solutions in real-world clinical settings so discoveries can be put to use quickly.

“Our study is based on a fundamentally new understanding of suicide risk: Having suicidal thoughts is an enduring vulnerability, not a short-term crisis,” Dr. Simon says. Many systems, including Group Health, have started using standardized screening tools that identify patients getting care for depression who may be at risk for suicide. “Now the question is: How can we best help these people?”

The researchers will recruit study participants based on surveys given during routine care for depression. Those who report they often think of suicide will be invited to join the study and randomly assigned to one of three groups:

The research team consulted with Group Health care-delivery system leaders to ensure that that the new interventions were practical. “Solutions must be viable for large populations,” Dr. Simon says. “They can’t be so expensive that health care systems won’t implement them or so intensive that people don’t want to enroll.”

The team also collaborated with people who have experienced suicidal thoughts, including attempt survivors. These perspectives helped researchers determine how to make intervention messages and study design acceptable for patients, he adds.

The research team will track all patients for 18 months, monitoring records for any suicide attempts. This kind of research can happen only in an integrated system where researchers can track the patients’ whole health care experience, including emergency care, primary care, and mental health clinics, Dr. Simon explains.

“Health systems care a lot about this problem,” he adds. “And we know what to do after somebody comes to emergency after a suicide attempt. What we don’t know is how to best help those who are just now thinking about suicide. With this study, we hope to find out.”