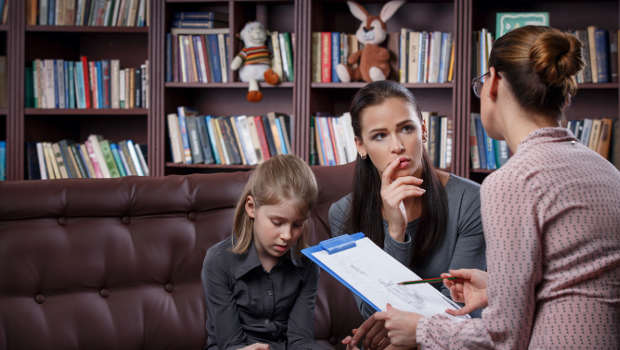 With $10 million from NIMH, GHRI is leading a multi-site study to ensure safe prescribing of antipsychotic drugs for youth with behavioral disorders

About one in 10 kids age 4–17 in the United States have attention deficit hyperactivity disorder (ADHD), which is often treated with stimulant medications such as Ritalin. But for the roughly 175,000 children and teens who have ADHD plus a behavioral disorder that causes disruptive behavior—such as oppositional defiant disorder (ODD) or impulsive aggression—clinicians nationwide are increasingly prescribing a different, much stronger class of drug: antipsychotics.

This trend is alarming in part because virtually no evidence exists on the long-term safety and effectiveness of antipsychotic medications when used in children and adolescents who don’t have a psychotic disorder. In addition, the antipsychotic drugs most often prescribed to youth can cause serious side effects, such as extreme weight gain and an increased lifetime risk of developing heart disease and diabetes.

The National Institute of Mental Health (NIMH) is so concerned about this issue that they launched a new research initiative called “A Targeted Approach to a Safer Use of Antipsychotics in Youth” (SUAY) and issued a special call for research proposals in February 2015.

In the first phase of the five-year SUAY study, Dr. Penfold and his team will develop a set of treatment rules—or “algorithm”—to guide antipsychotic use in youth with non-psychotic behavioral disorders. The algorithm will include ways to check for possible inappropriate use and will encourage limiting antipsychotics in favor of first trying an alternative treatment such as psychotherapy, behavioral interventions, or other medications. At the same time, it will also account for acute cases and other circumstances in which treatment with an antipsychotic might be appropriate—for example when a child is a danger to themselves or others.

The algorithm will be based on the Washington State Medicaid program’s Partnership Access Line, which requires a second opinion in cases where prescribing antipsychotics to youth with behavioral disorders may not be warranted. Dr. Penfold’s team will refine the algorithm with input from a variety of stakeholders, including a panel of experts. Under the leadership of GHRI Assistant Investigator Clarissa Hsu, PhD, they will also conduct interviews and focus groups with psychiatrists and other prescribing clinicians, as well as with youth, and the parents of youth who’ve taken antipsychotics for behavioral disorders.

“We’re reaching out to clinicians and families because we want to understand the circumstances that led to this decision and what the impact has been,” says Dr. Penfold. “We also want to ensure that we develop an approach to treatment that is truly patient-centered.”

In addition, results from the interviews and focus groups will help inform a clinical workflow to accompany the new algorithm. A clinical workflow establishes how tasks are accomplished, in what order, and by whom. GHRI Assistant Investigator Andrea Hartzler, PhD, an expert in user-centered design, will work with Group Health clinicians to develop a workflow that is feasible and easy to follow, while Senior Investigator James Ralston, MD, MPH, will help ensure it is compatible with Group Health’s electronic health record.

Ultimately, SUAY will test the new algorithm and workflow in a pragmatic clinical trial in four health systems: Group Health, Henry Ford Health System, Kaiser Permanente Colorado, and Partners for Kids—which is based at Nationwide Children’s Hospital in Ohio and is one of the largest pediatric accountable care organizations in the country. The clinical trial will be largest of its kind to date and will include up to 800 kids and teens being treated for behavioral disorders.

“Developing a new treatment approach is only a first step toward changing widespread prescribing trends,” explains Dr. Penfold. “If the approach proves beneficial, the bigger challenge is understanding how to help health care teams adopt it in everyday settings.”

A key strength of the SUAY study is that three of the four collaborating sites (Group Health, Henry Ford, and Kaiser) are members of the Mental Health Research Network (MHRN), an NIMH-funded consortium of 13 health care systems that do collaborative research with an eye toward real-world implementation. SUAY will leverage the MHRN’s robust infrastructure and data systems to make a four-site clinical trial practical and efficient.

“NIMH’s goal is to achieve safer prescribing of antipsychotics in youth at a national level,” says Dr. Penfold. “Our experience with the MHRN puts us in an excellent position to lead the large-scale research needed to bring NIMH’s vision to life.” 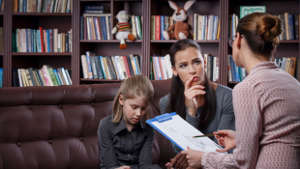