This post is updated for the week of Nov. 13 2017. Please stay tuned because in future weeks, incoming observed flu data may cause the Flucaster to change. 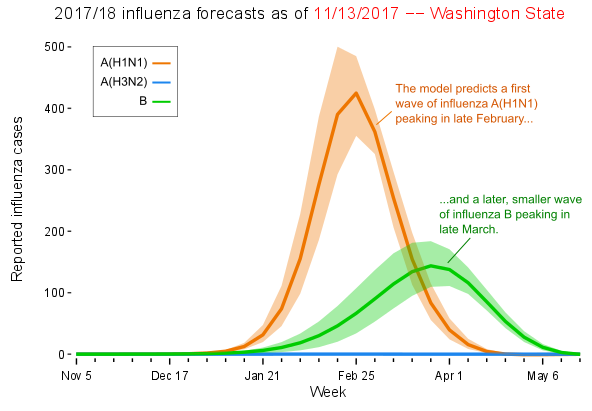 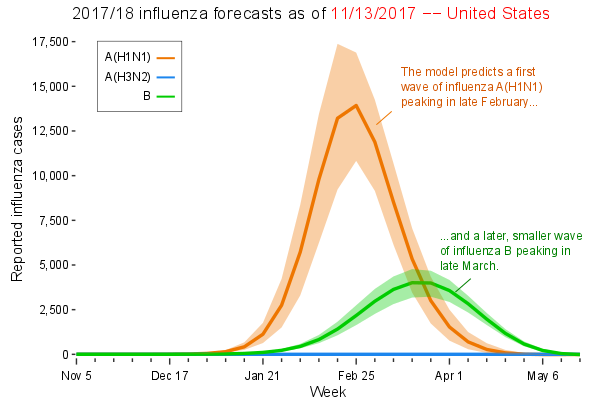