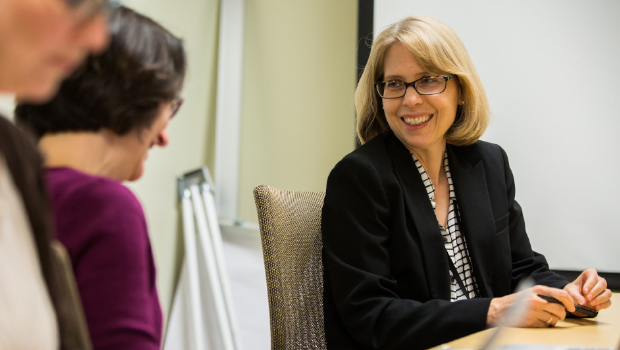 After a decade of study, Dr. Jennifer McClure takes stock of the benefits and challenges of the Oral Health 4 Life program.

Eleven years ago, I was looking for a new research idea—something with the potential to improve health and health care, but which was novel and had not yet been tried. After reviewing the literature and talking with tobacco users about their unmet health needs, my future focus became clear: I needed to explore ways to improve smokers’ oral health.

Many researchers at the time were studying whether dental care providers could be trained to help people stop smoking, but no one had flipped this idea on its head and asked whether tobacco cessation counselors could be trained to promote better oral health. It was an innovative idea, but also an obvious one. Oral disease, which includes cavities, gum disease, infectious disease, and oral cancer, is a significant public health problem. It affects millions of Americans, resulting in unnecessary pain, physical disfigurement, increased risk of death and systemic illness, and it is expensive to treat. Smokers are at high risk for oral disease by virtue of their tobacco use, lower utilization of professional dental care, and other risky behaviors (e.g., alcohol use, poor oral hygiene habits).

I also knew that hundreds of thousands of smokers every year receive free treatment from publicly-funded, state tobacco quitlines and that a high proportion of these people are socioeconomically disadvantaged and have limited dental care resources. So, it made sense to partner with the state quitlines to improve oral health care among smokers, and I theorized that doing so might also help people stop smoking.

A decade of programmatic research: What we found

Over the next decade my colleagues and I received a series of grants from the National Institute of Dental and Craniofacial Research (NIDCR) to explore this path.  This programmatic body of work allowed us to confirm that there was, indeed, a compelling need and opportunity to promote better oral health care among quitline callers. Evidence for this came from our interviews with smokers, key stakeholders with Alere Wellbeing (now Optum Wellbeing), the leading tobacco quitline service provider in the United States, and key experts from more than two dozen of the state departments of health who contract for these quitline services.

Once the need for the proposed intervention was established, we worked closely with a team of behavioral scientists, dental care professionals, and representatives from Optum Wellbeing to create a multi-modal, oral health promotion program, called Oral Health 4 Life or “OH4L.” We designed it specifically to be integrated into existing quitline care and to be publicly disseminated, if effective. We subsequently tested the effects of OH4L on daily oral hygiene (brushing and flossing), use of professional dental care, and smoking abstinence among a racially diverse group of socioeconomically disadvantaged smokers enrolled in the Oregon, Louisiana, and Nebraska quitlines. At two month follow-up, those who received the OH4L program were more likely to meet the American Dental Association’s recommendations for daily brushing and flossing than those who did not, but they were no more likely to seek professional dental care during the first six months. Among study participants who completed the follow-up interviews, smoking quit rates were 6% to 7% higher at both follow-up end points among those who received the OH4L intervention compared to standard quitline care alone—a difference that was clinically meaningful and also statistically significant at two months.

We also learned two other important lessons from this study. First, the tobacco quitlines, which received calls from more than 1.1 million people in 2016, are an effective partner in promoting oral health care among smokers. Second, the basic quitline infrastructure (which combines phone counseling with mailed materials, text messages, and online resources) can be successfully leveraged to address risk behaviors other than smoking without undermining people’s ability to quit using tobacco. This was a key concern for the quitlines; we were told early in the development process that even if OH4L had successfully improved oral health care, if tobacco cessation rates were negatively impacted, the program would not be viable for dissemination.

As the project concludes, we are sharing the study findings with interested quitline stakeholders. Our hope is that OH4L will be adopted and one day become a standard treatment option for anyone receiving care from a quitline. Only time will tell if that comes to fruition.

In the meantime, my colleagues and I are brain-storming the next obvious, but innovative, idea to help us improve the public’s health. 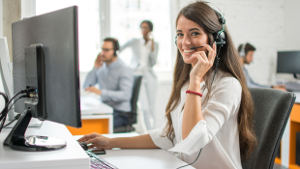 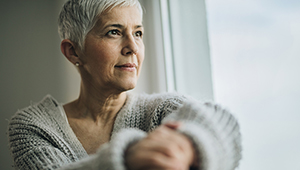 Can being accepting and mindful help you stop smoking? 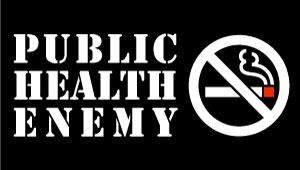 Dr. Jennifer McClure applauds the American Cancer Society’s recent strike against tobacco that burns. And she unpacks its evidence-based stance on e-cigarettes.