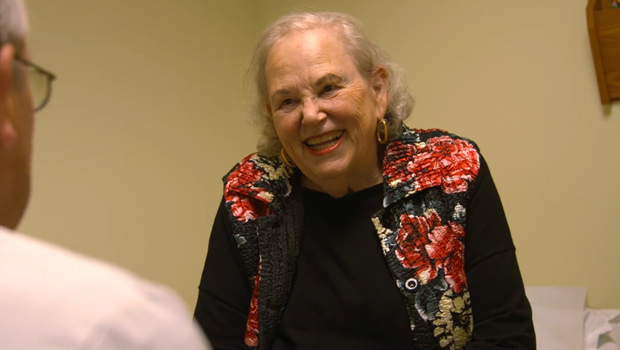 KPWHRI and UW program continues to be a rich resource for researchers studying resilience and ways to avoid Alzheimer’s disease and other dementias.

At age 79, Seattle resident Eve Phillips is proud to tell the staff at Kaiser Permanente Washington Health Research Institute (KPWHRI) that her memory is good.  “I never write down an appointment,” she says brightly—just one of many details she’ll share about her mental and physical health during periodic visits to the research clinic.

Mrs. Phillips participates in the Adult Changes in Thought (ACT) study, a collaboration between KPWHRI and the University of Washington. Mrs. Phillips and the ACT team are the focus of a new video that was featured at the Alzheimer’s Disease International meeting in Chicago last week.

For years, ACT study participants and scientists at KPWHRI and UW have partnered on a broad range of studies that have deepened our understanding of how the brain ages, and how we can grow old in the healthiest ways possible.

With more than 5,000 Kaiser Permanente Washington participants, ACT is recognized as the longest-running study of its kind. Participants are randomly selected from the KPWA membership to be considered for invitation into the study. Those enrolled must be free from cognitive impairment (problems with memory and thinking) at the time they enter the study.

For most of its participants, ACT has complete records of medical care of over 30 years when they enter the study. It’s believed to be the world’s only study that can link outcomes for dementia and aging directly to each participant’s whole health history.  This includes information from brain autopsies following participants’ deaths. ACT has one of the world’s largest brain banks, with some 750 brains to date.

ACT has produced a broad range of findings related to lifestyle, medication safety, the genetics of Alzheimer’s disease and dementia, brain injury, and more. Today, a growing number of scientists from a variety of institutions regionally and nationally are joining with the ACT investigators to look deeper and more broadly for answers, says Eric B. Larson, MD, MPH, executive director of KPWHRI and the founding principal investigator for ACT. Paul K. Crane, MD, MPH, UW School of Medicine professor, is also a principal investigator for ACT, which is funded by the National Institute on Aging (NIA).

“Prevalence of Alzheimer’s disease is expected to triple by the year 2050, especially because more people are living to advanced old age,” says Dr. Larson. “Existing research suggests that 30 to 40 percent of risk is modifiable.  This means that the disease could be prevented or delayed by targeting risk factors.  It also means we have tremendous opportunities to change the course of people’s lives in old age if we can find better ways to prevent or delay Alzheimer’s disease and other dementias.”

Increased funding for research in this area in recent years has resulted in expanded opportunities for ACT researchers to work with other scientists regionally and nationally, Dr. Larson explains. And he predicts such expansion will continue as policymakers and the public become more aware of the condition’s serious effects on patients and their families.

ACT has shared its data with scores of other researchers throughout the world and with as many as 15 ongoing, separately funded scientific investigations at any given time.

“We take the mission of sharing our data very seriously,” says Dr. Crane.  This goes beyond making data available to collaborators, he explains, to “making it meaningful,” he explains.

Among many current collaborations with other scientists at UW and elsewhere are these:

“Through these collaborations and many others in both the past and future, we’re leveraging ACT data to discover better ways to prevent or delay Alzheimer’s disease and other dementias,” Dr. Larson says.  “Ultimately, this will help many more people lead active, healthy lives well into old age.” Like Eve Phillips. 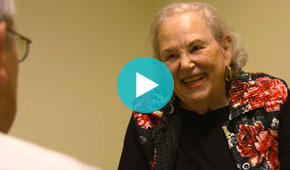